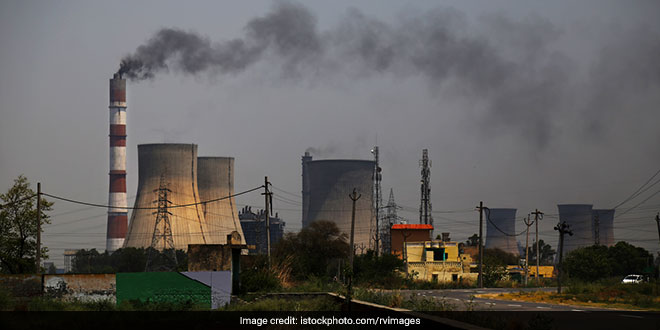 According to experts, there should be a plan to decrease air pollution from all sources on a long-term basis rather than just taking emergency measures

New Delhi: With Delhi’s air quality index fluctuating between severe and very poor category, environment activists and health experts expressed concern over the situation and said that unless there is collaboration and continuity, the country would not be able to solve the crisis. The experts also stated that there should be a plan to decrease pollution from all sources on a long-term basis rather than just taking emergency measures.

Vimlendu Jha, an environmental activist told ANI, “In the last 10 days, Delhi has seen extreme severe air quality. The average was 500.” The worsening air quality in Delhi-NCR forced the apex court of the country to step in and take cognizance of the national capital’s Air Quality Index (AQI) on Saturday.

Situation has improved not because of Supreme Court’s judgement, but because of the wind. Air pollution needs concerted efforts; every stakeholder needs to come together to solve the crisis because it’s not a crisis of 2021, but the one that has been there for the last 10 years, Mr Jha added.

As stubble burning is believed to be the major contributor to the deteriorating air quality, Mr Jha is of the view that it is a perennial issue and in the last six years, Delhi has only witnessed 10 good air days which are under the 50 range.

It is definitely a failure of the government when you have to shut down a city because of air pollution. Delhi’s air pollution crisis is not a surprise. Until and unless there is a collaboration and continuity, we won’t be able to solve the crisis, he said.

Yesterday, the Supreme Court lashed out at the Centre and Delhi government for the severe AQI. Supreme Court told Centre, “Tell us how we can reduce AQI from 500 at least by 200 points. Take some urgent measures. Can you think of two days lockdown or something? How can people live?” SC observed that now it has become a fashion to bash the farmers whether it’s the Delhi government or someone else.

There was a ban on firecrackers. What happened with that?” the apex court had asked. Reacting to the apex court’s assessment that stubble burning is not the only cause of pollution, and vehicular pollution and dust have an equally high contribution, Dr Neetu Jain, a Senior Consultant of Pulmonology at PSRI Hospital said,

“While there is an urgent need for control of pollution, lockdown will be extreme. There should be a plan to decrease pollution from all sources on a long-term basis rather than doing emergency measures when the situation becomes unbearable.” Dr Amarinder Singh Malhi, Assistant Professor of Cardiovascular Radiology and Endovascular Interventions at AIIMS said that deteriorating air quality has a direct link between air pollution exposure and cardiovascular diseases, especially the coronary vessels.

Harmful elements present in the air pollutants lead to various and multiple cardiovascular diseases be it artery blockages (arterial occlusion) or death of heart tissue due to oxygen deprivation and many of these lead to permanent heart damage (myocardial infarction) as well. We need to actually act now. The geriatric population in more than 65 years age group is at added risk for sure, he said.

Delhi’s air quality on Sunday improved marginally as the air quality in the national capital reached ‘very poor’ category with Air Quality Index (AQI) at 386 (overall), according to the System of Air Quality and Weather Forecasting And Research (SAFAR). In October, the Commission for Air Quality Management in Delhi and Adjoining Areas (CAQM) deployed teams that found that out of 6,596 construction sites, more than 963 were violating dust control norms. When the weather plummets, dust from most of its sources becomes visible in the air. The vapour is more visible in the air and the levels of pollution increase in the winters.

Meet Archana Soreng, A Tribal Climate Warrior From Odisha Who Aims To Bring The Indigenous Wisdom To Climate Actions