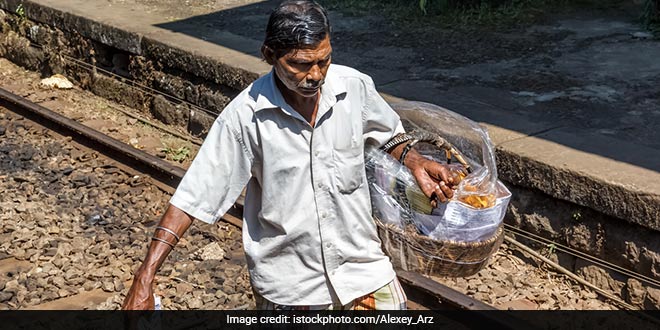 Mumbai: Success of any new initiative lies in its implementation. Sending out a stern message to the people of Maharashtra on the very first day of the plastic ban, municipal corporations across the state went all out and collected fines from the offenders. Civic bodies of major cities like Mumbai, Thane, Pune, Nagpur, Nasik were on their toes to prevent of any violations. Since the ban became effective on the weekend, vendors and shopkeepers were targeted in majority of the inspections. The citizens are to be fined from Monday onwards.

Plastic collection inspectors were sent to 73 locations over two days across Pune to observe if any vendor is giving out plastic bag on a customer’s request. Some of our inspectors even posed as customers and asked for plastic bags. We recorded a number of instances where despite being aware about the ban, the vendors didn’t hesitate to give away the polythenes, said Suresh Jagtap, Solid Waste Management head, Pune Municipal Corporation.

A total of Rs 3.69 lakh and 8,000 kilos of banned plastic items and thermocol were collected during the raids in Pune. Due to the ban, many shops remained shut in areas like Satara Road, Sinhgad Road, Kothrud and Wadgaon Sherriwhere as they feared fines.

In the capital city of Mumbai, though the Brihanmumbai Municipal Corporation (BMC) had said that it will not take any strict action against the offenders and will initiate the inspections from Monday onwards, restaurants and a few retail outlets at High Street Phoenix mall in Lower Parel were fined on the first day. The second day recorded more inspections across the city.

Before going all out on Monday we wanted to let people know about how serious the BMC is when it comes to implementing the law. People should have an idea that we will adopt an aggressive attitude and charge them no matter what. Hence in the late evening we visited a popular mall in Lower Parel, where people were gathered in huge numbers, said Deputy Municipal Commissioner (special) Nidhi Choudhary.

In last two days, special plastic squads have visited over 920 establishments and found banned plastic items in 97 shops. The BMC collected a fine of over Rs 4 lakh (Rs 4,35,000) and seized 600 kilos of the banned material. Of the shops that were fined, two refused to pay the ban and a case has been filed against both the shops, confirmed Ms Choudhary, “Best thing is less than 10% were found with products under plastic ban,” she said.

The Thane Municipal Corporation (TMC) adopted a lenient approach and gave warnings to most of the offenders. Fines were imposed on people found with more than 2.5 kilos of plastic. The TMC began the raids from morning 7 and continued till late evening on the both the days. It seized nearly 2,500 kilos of plastic from over 100 traders, vegetable vendors and street hawkers. All the waste collected will be sent to the local recycling units. A sum of Rs 95,000 was collected in penalty.

“Despite sending 100 plastic collection vehicles on June 23, many vendors didn’t pay heed to it and continued using plastic bags. From Monday onwards (June 25) we will not let off anyone found with plastic. Sufficient platforms have been created for people to get rid of their plastic and enough warnings have been given. A strict action is the only way to ensure no banned plastics are used in the city,” said Sandeep Malvi, public relations officer, TMC.

Similarly, the Kolhapur Municipal Corporation also left many vendors with warnings and avoided fining them. A total of Rs 20,000 was collected and 4.5 kilos of plastic was seized on the weekend. As most of the staff is busy in a dengue prevention drive which will go on till June 27, the officials are not aggressively fining people. Once the drive ends, a hardcore approach will be adopted.

Also Read: Maharashtra Plastic Ban Will Be Beneficial In The Long Run, Say Citizens On The First Day Of The Ban

450 kilometres from Kolhapur, inspectors in Nashik sought a different approach and sent its team across six wards of the city and showed no mercy while collecting the fines. 72 people were fined and Rs 3.6 lakh were collected in the last two days. Over 350 kilos of plastic items were seized, the official informed.

Of the two days, the Nagpur Municipal Corporation’s (NMC) ‘nuisance detection squad’ inspected only on the first day as the next day was a Sunday. In one day, they collected 538 kilos of single-use plastic items and levied a fine of Rs 1.55 lakh. The inspection drive is to be resumed from Monday said a public relations officer from the corporation. Like the other corporations, the NMC didn’t fine the citizens. Notices were stuck outside the shops which remained closed on June 23 to avoid paying fines.

On March 23, Maharashtra state government imposed a ban on manufacturing, use, sale, distribution and storage of plastic materials such as one-time-use bags, spoons, plates, PET and PETE bottles and thermocol items. As per the government’s notification, the fine for first-time and second-time offenders will be Rs 5,000 and Rs 10,000 respectively. A third violation will attract a fine of Rs 25,000 and a jail term for three months.