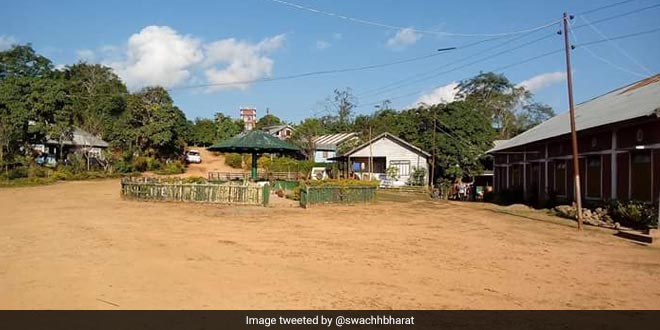 It will take a while for visitors to get used to Ukhrul. The tiny district in Manipur, comprising villages where small settlements that dot the perfect scenery can easily be mistaken for a film set. But that is not why visitors might take a while to accustom themselves to Ukhrul. Any purchase in the district will be accompanied with a smile, but not the omnipresent plastic bag. Ukhrul has become a plastic free district, thanks to the community efforts of the local population.

In August 2017, at a district level meeting discussions were held between the district administration, community leaders and NGO representatives. The participants arrived at a common consensus that many portions of the district were filled with plastic waste such as polythene bags, plastic bottles and other discarded plastic items. Plastic was choking many of the districts’ drains and blocked smooth flow of water. In monsoon this year, many localities were flooded with plastic waste brought from upper Ukhrul. This was what prompted the unanimous decision in the meeting to get rid of plastic from the district altogether.

Plastic has no usable end and often ends up being dumped casually, resulting in choked drains or soil. The whole district has suffered because of this and came together to decisively say no to plastic, said Dr Harmit Singh Pahuja, Deputy Commissioner, Ukhrul.

As part of the cleaning up of the district, several initiatives were taken, all implemented simultaneously to ensure that plastic was eradicated from the district, once and for all. The administration issued a notification to local shops and businesses in the district, asking them not to use plastic. Localities where the plastic garbage concentration was high were identified and the cleaning up process began. The teams which cleaned up plastic waste comprised NGO officials and volunteers, as well as schools students, local residents and community members. The cleanup activities were undertaken twice a week and the district administration, in collaboration with the NGOs conducted awareness rallies in the localities, once a week. The cleaning up of plastics was not restricted to residential areas. Volunteers also visited many plantations in the district and cleaned them completely. The district was declared plastic free on November 6, 2017.

When we decided to have a plastic free Ukhrul, it did not just mean that people in the district will stop using plastic. It also meant that plastic garbage that has accumulated in the district will be cleared. The whole effort has been coordinated from the beginning between the district officials, volunteers, NGOs and community groups, said Mr Pahuja.

All those involved in ensuring that the district became a plastic free also understood that it was not possible for people to let go of plastic in a day. Hence, dustbins and signage has been put in place to sensitise visitors so that they do not litter all over the place,” said Mr Pahuja.

Ukhrul’s successful eradication of plastic is not where the district wants to stop itself. The district administration, along with continuing cleanup and awareness drives, is also planning to set up a few units where plastic waste can be utilised to make usable items. Though the plan is in its initial stages, a few rounds of discussions have already taken place. Plastics from neighbouring districts could be treated using these units and their plastic waste burden lessened, feels the district administration.

Ukhrul is an inspiration in itself, as instances of a district coming together to fight its waste problem in a coordinated and cohesive manner is a rarity. Ukhrul is a reminder that coming together of communities can make a huge impact when it comes to attaining Swachh Bharat objectives.

Also Read: War On Plastic: Maharashtra To Appoint Brand Ambassadors To Strengthen Its Ban On Plastic