New Delhi: “A mother’s role never finishes or ceases to be. She is always there for the child”, says Bharatanatyam Dancer and Padma Shri Awardee Geeta Chandran who was introduced to dance at the age of 5 and Carnatic music at 7 by her mother. She adds, “Initially, a mother’s role is physically tending to the child followed by educating the child, giving the best values and mentoring them as they go along. It’s very important for you to give the child the confidence that you are there for them; you are there to have a conversation and hear them. That’s what I would like to do with Sharanya (my daughter). Many times she is my teacher.”

Also Read: Self Care For Mothers: On Mother’s Day Reckitt Reaffirms Its Commitment, “Mothers Will Be At The Centre Of Our Programmes”

Geeta Chandran’s daughter Sharanya Chandran is also a Bharatanatyam dancer and a Development Economist, apart from being a mother of a three-year-old. She has seen her mother carry forward the lessons and values of her grandmother and aims to do the same. She says,

My mother really continued this philosophy that my grandmother had and I grew up in an environment where she was very particular about time and had a structured life. She was kind of a role model. We looked up to her because she was always multitasking and juggling things beautifully. That is something that now I try to do and be a mother.

On Mother’s Day, the NDTV-Dettol Banega Swasth India team speaks with the mother-daughter duo on motherhood, self care, mental well-being and using dance as a tool to create awareness.

The Role Of A Mother In An Individual’s Life

The duo believes that it’s about “constant teaching and learning” between them. Sharanya, says,

My mother plays this dual role of being not only my mother but also my guru. It’s a very special blessing and a relationship because she is a friend, mentor, guide and co-choreographer, we share the stage together and I have done Nattuvangam for her, she has done Nattuvangam for me. The colours, nature and the relationship keeps changing based on the different roles that we play. It’s a constant pleasure.

Recalling her relationship with her mother and how it reflects in the bond she shares with her daughter, Geeta Chandran says,

It’s pretty much the same. Many of the things that I hated my mother for saying, I am saying exactly that to my daughter now.

Ms Chandran calls her relationship with her mother “lovely” and adds,

I could talk about anything with her. It was not inhibited. With her (Sharanya), it’s even more transparent. We are friends first. It’s fun to travel with her and talk to her. It’s more of an equal kind of a relationship.

Also Read: Self Care: Five Tips For Your Everyday Life

Using Dance As A Tool To Create Awareness

Geeta Chandran explains that Bharatanatyam as a dance form is mainly women centric and most of the content is around a heroine either talking to her friend or to the lord directly or talking about devotion. There are various themes in the traditional repertoire, and one gets to choose what they need to do and what they don’t need to do.

There are many compositions where various moods are explored. You have ashta nayika (eight types of heroines) and navarasa (nine emotions). I feel that the vocabulary of dance is so strong that it’s able to say anything and everything. I feel that as an artist I have a social responsibility, says Ms Chandran.

Fulfilling her social responsibility, Ms Chandran has used dance as a medium to create awareness about various social abuses. For example, when her friends were in abusive marriages, she came up with work that reflected women, women’s empowerment and women and war.

We did something where we took Draupadi and how she is seen as the cause of Mahabharata and is held responsible for it but in the end, she says, “I don’t want to take any more revenge. I have had enough. War is not the answer for anything”. There are a lot of things we did through dance and explored and I felt that it was reaching people and people were responding to it very beautifully. I didn’t have to really dilute my form for it. I kept very true to the essence of Bharatanatyam and yet changed the content, she says. 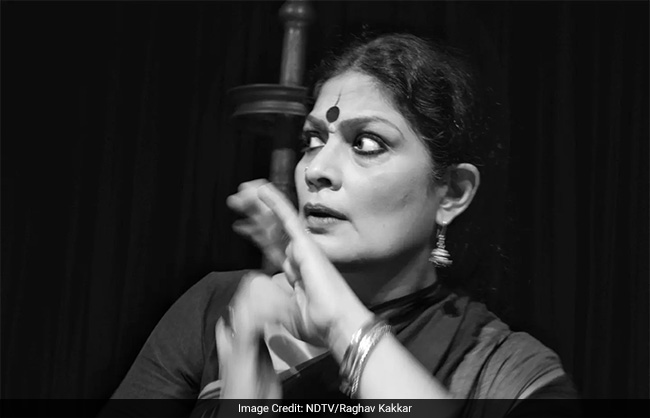 Talking more about the campaign she says,

This was after travelling the length and breadth of the country and abroad one realised that we don’t teach our children to use toilets. They might be from very privileged backgrounds but they still don’t know how to leave a toilet once you come out and that the next person coming also has the right to a clean toilet. I started with my own studio toilet where I started observing and started seeing that these are the children who are brought up in metropolitan cities like Delhi and go to very good schools but yet they are not sensitive to leave the toilet clean. We started from our own space and we started teaching them how important it is to leave a toilet clean for the next person. I started talking about it in every programme of mine as well. Before I start a programme, I would kind of say a message and leave it with the audience to think about it.

When we talk about sanitation, we cannot ignore women’s health and hygiene, especially menstrual hygiene, something which is brushed under the carpet even today. While there are places that celebrate menstruation as a sign of fertility, there are still pockets in India where women are ostracised during their periods.

I come from Kerala and I remember in my ancestral home, there was a separate room for women who would be having their periods and the food used to be tossed to them. From there, now, my family has moved and how. I think there is a generational shift, of course, and films like Padman are also helping. I think we still need to talk about it; schools and teachers have a very important role to play here.

Also Read: Mother’s Day Special: What Is Self Care And Why It Is So Important To Meet Health Needs Of Women?

Dance And Women And Self Care

Geeta Chandran says that dance is not only a performative art. It’s a tool and holds different meaning for everyone. While for some, an activity like dance is catharsis, it is an aesthetic experience for some others. While some see it as a link to our culture, others see it as a communication tool or a spiritual exercise.

Dance has so many different windows through which you can reach the process of dance and because of that, dance keeps you happy and being happy is the first thing that you need to take care of yourself. During the lockdown, activities like dance are what were stopping us from going on a downward spiral. Because we were physically active, we were moving. Dance kept people focused and because of that mind and body coordination, they were much healthier, says Ms Chandran. 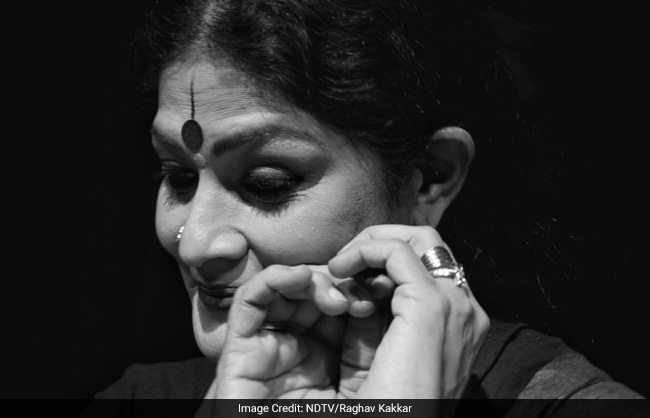 Time is the essence. You need to keep that sometime for yourself to either read, go for walk, dance, sing or to even listen to music and sit in a corner and do nothing. Me time or nothing time for mothers is important, she says.

Related Topics:
Mother's Day Self Care Women’s Health
Up Next