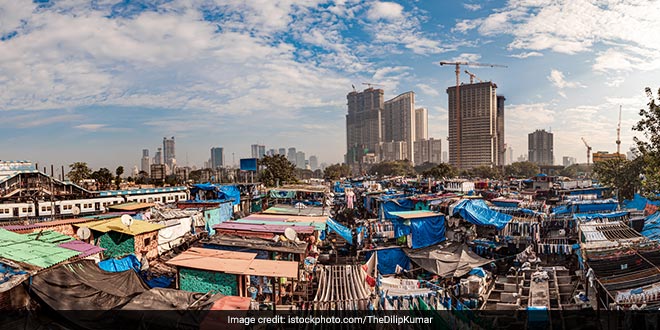 For 6 years, NDTV & Dettol India have been talking about and promoting the need for a clean and healthy India through Banega Swachh-Swasth India campaign. In 2019, after leading a very successful Swachhta (Cleanliness) initiative, the campaign moved the conversation from Swachh to Swasth (Health) because only a clean India can become a healthy India. Helmed by NDTV’s Dr Prannoy Roy and campaign ambassador Amitabh Bachchan, the campaign over the years has talked about various issues such as making India open defecation free, the need for WASH (Water, Sanitation and Hygiene) programmes, waste management, recycling, menstrual hygiene and plight of manual scavengers to name a few. The campaign also highlights the importance of nutrition and healthcare for women and children to prevent maternal and child mortality, fight malnutrition, stunting, wasting, anaemia and disease prevention through vaccines – all the components which are needed to make India a healthy country.

In wake of the current COVID-19 pandemic, this year, it has becomes imperative to revisit the core values of the campaign and restart the conversations on hygienic practices, especially hand washing and cleanliness.

In the seventh year, Banega Swasth India campaign will focus on three pillars to make the world safe and healthy – Health, Hygiene & Sanitation, and Environment.

A Lowdown Of Previous Seasons Of Banega Swasth India Campaign

In 2014, NDTV-Dettol reached the first milestone after introducing a Swachh Express, A bus that successfully travelled through 350 villages across 7 states of India to educate people on the importance of sanitation and toilets and proper handwashing techniques. In the same year, on October 2 via 12-hour live televised and web-based telethon with Amitabh Bachchan, the campaign raised Rs. 281 crores to provide sanitation facilities and create awareness in rural India. The event also saw many corporates like Mahindra & Mahindra come forward to build over 4,500 toilets across 11 states.

In the second year, the campaign got the support from various individuals and corporates who pledged over 1.16 crore volunteering hours for clean-up drives across India. NDTV-Dettol in the same year also specially curated the Hygiene Curriculums for schools in India. A 45-lesson hygiene curriculum was distributed to nearly 10,000 schools and campaign ambassador Amitabh Bachchan held “Swachhta Ki Pathshala” or classes on cleanliness.

In the third leg of the campaign, 10 iconic locations across India were identified for clean-up drives and special Swachh agenda was drawn up for each of these landmarks. The year also saw, Maharashtra Chief Minister Devendra Fadnavis and actor Amitabh Bachchan pick up the broom to clean up the JJ Hospital complex in Mumbai, as part of the NDTV-Dettol Maha Cleanathon campaign.

In the fourth year, the campaign moved the conversation from toilets to waste management and initiated the #Mere10Guz activity, which encouraged everyone keep the 10 yards of their surroundings clean by following three steps to Swachhta: keep your surroundings clean, segregate waste and adopt composting. The same year, the campaign was felicitated with the ‘Media For Sanitation’ award by Railways Minister Suresh Prabhu at the ISC-FICCI Sanitation Awards & India Sanitation Conclave.

On October 2, 2017, the campaign efforts also got a thumbs up from Prime Minister Narendra Modi, he tweeted,

I laud @DettolIndia & @ndtv for the initiative. This timeline has many inspiring efforts on cleanliness.

I laud @DettolIndia & @ndtv for the initiative. This timeline has many inspiring efforts on cleanliness. #Cleanathon https://t.co/XXgyysJKCO

In the fifth year of the campaign, Banega Swasth India took a holistic approach to swachhta and widened the scope of its campaign and included ‘Swachh Hawa‘ and created a clean air agenda with the help of doctors and experts in a bid to beat air pollution. The same year, during 12-hour Cleanathon organised on October 2, Amitabh Bachchan made a commitment of donating sewer cleaning machines to help fight the practice of manual scavenging and to contribute towards mechanisation and eventually putting an end to the inhumane practice.

The campaign once again got thumbs up from PM Modi. Congratulating the efforts, PM Modi said,

I congratulate team NDTV for their notable efforts to further awareness on Swachhata. They have brought people from all walks of life on their platform to further discussions on ways to make India cleaner.

I congratulate team @ndtv for their notable efforts to further awareness on Swachhata. They have brought people from all walks of life on their platform to further discussions on ways to make India cleaner. https://t.co/zX1kzZevud

Into the sixth year, NDTV-Dettol Banega Swasth India campaign embarked on a new journey and decided to move the conversation from Swachh to Swasth (Health). The campaign focussed on the well-being of the mothers and children and also curated a Swasth Box, specifically for post-natal care. The kit was developed by an NGO partner based on technical know-how and years of on-ground experience of working with less privileged and hard to access communities, with an aim to support the health and hygiene needs of the mother for the first 45 days after pregnancy, a time extremely crucial for both the new mother and newborn.

Over the years Banega Swasth India campaign has always believed in a 360 degree approach to build a Swachh and Swasth Bharat – be it building toilets, bringing about behaviour change among the people, waste management or adopting healthy eating and exercising practices. The campaign has been focusing on creating more and more awareness on all the issues related to Clean and Healthy India. The overall aim of the initiative is to turn all individuals into ‘swachh’ or ‘swasth’ crusaders so that together we can all achieve the dream of a Clean and healthy India.