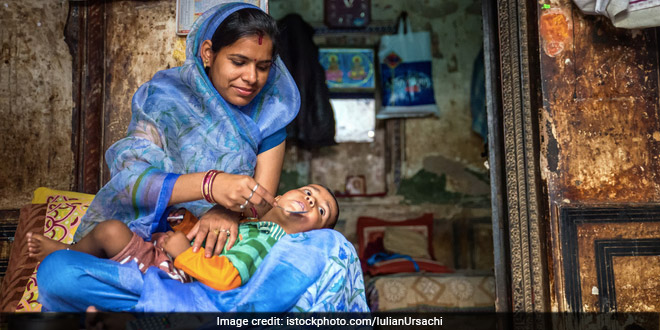 New Delhi: On March 8, 2018, Prime Minister Narendra Modi launched the Prime Minister’s Overarching Scheme for Holistic Nutrition (POSHAN) Abhiyaan which is also known as National Nutrition Mission. The government’s flagship programme is to improve nutritional outcomes for children under 6 years of age, pregnant women and lactating mothers. The aim of POSHAN Abhiyaan, celebrated annually in the month of September, is to address the challenge of malnutrition in a mission mode. This year, India is celebrating the fifth Rashtriya POSHAN Maah.

Each year the government sets a theme to concentrate efforts towards the common goal of good nutrition for women and children. This year, the objective is to trigger Poshan Maah through Gram Panchayats as Poshan Panchayats with a key focus on “Mahila aur Swasthya” (Woman and Health) and “Bacha aur Shiksha” (Child and Education).

To take the message of good nutrition and its pivotal role to every nook and cranny, various activities will be undertaken throughout the month of September. As per the official press release by the Ministry of Women and Child Development, intensive awareness and education activities will include sensitisation drives, outreach programmes, identification drives, camps and fairs with a special focus on pregnant and lactating women, children below six years and adolescent girls, in order to realise the vision of ‘Swasth Bharat’ (healthy India).

The Ministry of Women and Child Development has planned certain activities to inculcate nutritious food in everyone’s diet and promote health-seeking behaviour. Some of the activities are:

In the fifth Rashtriya Poshan Maah, the aim is to convert Jan Andolan (people’s movement) into Jan Bhagidari (people’s partnership) to fulfill the Hon’ble PM’s vision of a Suposhit Bharat (well-nourished India).