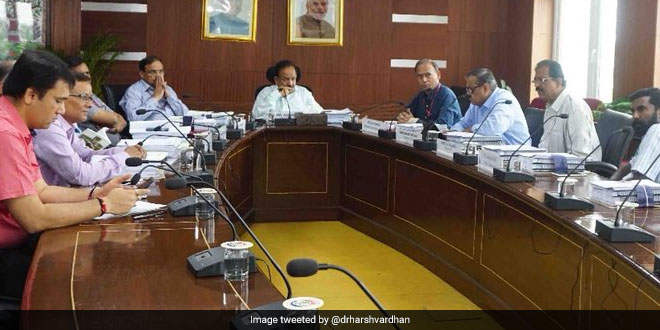 New Delhi: Echoing the much popular saying that charity begins at home, the Union government is planning to make all government offices plastic free. The Ministry of Environment has already taken the lead, banning all single-use plastic items at its head office in Paryavaran Bhavan, Delhi. No plastic bags or plastic water bottles are used inside the office premises. Instead, the Environment Ministry’s Delhi office has shifted to using goods which can be used multiple times. The Union government is planning to emulate the same model across all Union government offices in the country.

This year as the host of World Environment Day 2018 on June 5, India highlighted all the efforts it is taking to reduce the usage of single-use plastic. For a country that produces over 25,000 tonnes of plastic waste annually, reduction in the use of plastic from all corners, no matter how insignificant an amount can add up to impact the overall generation of plastic waste. On multiple occasions, both Prime Minister Narendra Modi and Environment Minister Dr Harsh Vardhan have said that India will abolish all single-use plastic by 2022. The attempt by Central ministries to go plastic free  is the first step towards setting an example for the rest of the country to follow.

Single-use plastics are no longer used in our head office. We are trying to set an example by ending the practice of plastic use in office premises. If this move is successful, there will be no plastic generated across government offices in India. Since a lot of people spend a major part of their day in offices, non-usage of plastics will definitely ensure a reduction in waste generation, said C.K. Mishra to PTI, Secretary, Ministry of Environment and Forests.

Following suit, the Revenue department under the Ministry of Finance has issued an official memorandum, requesting officials to stop using single-use plastic products in office premises. The use of plastic water bottles, cutlery and even bags are common across offices of ministries and this is the practice which the Union government is looking to end. The Environment Ministry is hopeful that an example set by the government itself will have a big impact on people who will find it easier to reduce usage of plastic if the government does so.

“People learn from us and our actions. If ministries go completely plastic free, people will realise how serious we are about making India a plastic free nation by 2022. We have taken the first step and are hopeful that many other ministries will follow,” said Mr Mishra.

Some state governments have already issued directives regarding plastic ban in government.

Tamil Nadu introduced a plastic ban in June this year, in some of its state government departments like power, transport and police stations. Plastic usage is also banned in government departments of Sikkim, one of the first states in India to impose plastic ban. In Hyderabad, single-use plastics were banned from all civic offices since June 2018. The Environment Ministry’s initiative, along with similar steps taken by state government offices will hopefully pave way for plastic free offices in India.