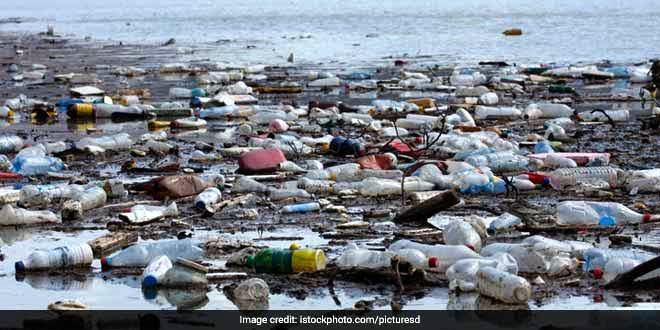 Bengaluru: The increasing use of plastic in daily life is not a problem, but it’s reckless disposal by stakeholders is the real issue, claimed an industry expert. “Plastic becomes a problem to deal with when it is irresponsibly disposed and ends up where it should not,” said Saudi petrochemical giant Sabic executive Janardhanan Ramanujalu in an interview to IANS in this tech hub. The Vice-President for the global firm’s operations in Australia, New Zealand and South Asia said,

Plastic contributes to the earth and environment with products and services having lesser impact than other materials although it fuels pollution as a packaging material when not disposed scientifically.

The executive came calling here to take stock of the firm’s India operations, including its technology centre for research in chemistry, material science, process engineering and analytics. Defending the use of plastic in everyday life by individual to industrial users, Mr. Ramanujalu said the wrong way of disposing plastic comes out of ignorance despite computers, television sets, home appliances, air-conditioning and piping are all made with it. He asserted,

Nearly 99 per cent of plastic delivers great value to get into your cars, which cannot be rolled out without it. It is an important material that will play a vital role in improving the quality of life.

As elsewhere in the world, cars in India have become lighter, substituting heavy metals and enabling their manufacturers to produce them in compliance with the Bharat Stage VI norm, which is mandatory. Bharat Stage emission norms were first introduced in India in 2000 by the government of India, aimed at reducing vehicular pollution by running them on fuel being made cleaner incrementally. Bharat Stage VI emission norms will kick in from April 1, 2020. He said,

On the contrary, alternate materials such as aluminium, steel, iron and others cause negative fallout on the environment, consuming huge amounts of energy to mine, melt and ship them.

Noting that plastic delivers value even after outliving its utility through calorific value on incineration, the senior executive said, but burning it releases toxic fumes in the atmosphere. He pointed out,

Incineration is a process by which energy is obtained, employing scientific methodology such as filtration, scrubbing and others. It is akin to burning a fossil fuel with calorific value.

Though coal is considered a dirty fuel, it is used in thermal power plants where filters to check dust and ash are used with water scrubbers before it is let out as waste. The process has to be correct as there is a cost to it.

Plastic can be recycled chemically and mechanically and graded to turn it into an engineering material — Polybutylene Terephthalate (PBT) which finds application as insulators in electrical and electronics industries. Mr. Ramanujalu asserted,

You can’t only recycle the molecule but can chemically upscale it, as possibilities are many. It is peoples’ behaviour and the logistics how to make it happen. It is not a science issue anymore.

The company is a founding member of the Alliance to End Plastic Waste, a non-profit organisation, set up by 27 global firms, dedicated to help reduce mismanaged plastic waste in the environment. The Alliance has a budget of $1.5 billion for five years, with the ambition to build infrastructure, innovate, educate and engage in the clean-up of plastic pollution. The alliance cannot take up a challenge like clearing up France-sized Great Pacific Garbage Patch in the Pacific Ocean readily. The executive said,

Who will pay for it and which government wants it, as such issues are around. The problem is how does it (plastic waste) reach there, it is exposed to sun and becomes micro-plastic.

Giving a call to people to work to avoid a debacle like the Great Pacific Garbage Patch, Ramanujalu said by avoiding releasing plastic waste into the rivers, drains and sewage, the damage is contained. The Great Pacific Garbage Patch is a giant collection of marine debris in the North Pacific Ocean, estimated to be as big as France in size. Most of the debris in the patch is plastic waste.

Lauding the government’s flagship mission like Swachh Bharat, a countrywide cleanup drive flagged by Prime Minister Narendra Modi, Ramanujalu said people should have discipline, with small acts such as segregating waste at the origin itself. Mr. Ramanujalu told IANS,

What companies like ours (Sabic) do? We cannot change the behaviour of every user who is responsible, the alliance we have is with the value chain to go out together and educate the rest.

The notion that only the poor do the dirty job of collecting and cleaning up plastic waste is a flawed assumption. Citing a study, the honcho said it would require a person to bend down 3,000 times to collect 3 kg of plastic waste, ruling out nobody will be willing to commit to such drudgery. Mr. Ramanujalu observed,

Creating a sustainable business model of scientifically collecting plastic waste and changing consumer behaviour are the need of the hour. Incorporating a recyclable feature at the design stage of plastics is the new manufacturing philosophy. He added,

One of the good things that will happen is plastics, which were not meant for recycling will get designed for it and not get discarded.

Mr. Ramanujalu said the days of companies winning alone were over, as cooperation and collaboration being the mantra for success in the modern age.

World Toilet Day 2019: Leaders Urge People Across The Globe To Use A Toilet