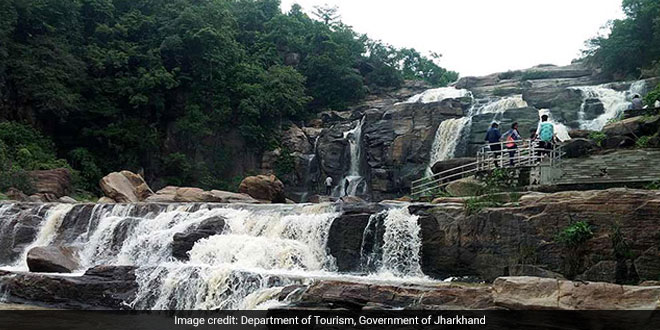 New Delhi: If you are planning to visit tourist spots in and around Ranchi this holiday season, remember to pack your food and the necessary picnic stuff plastic free. The Jharkhand Tourism Department in the city has accentuated its plastic monitoring by banning plastic items and deploying ‘Paryatak Mitras’ at major tourist spots including Dassam Falls, Jonha Falls, Hundru Falls, Hatia Dam, and Kanke Dam. The Department has also decided to involve law enforcement officers, from December 25 to January 14, who will be at a lookout for fly-tippers and stop them from littering.

Waterfalls, dams, and lakes in and around Ranchi receive a huge number of footfalls during the period between Christmas and New Year. As per the past experience, from December 25 till January 2, the total footfalls in all the selected sites are expected to be over 1 lakh per day, informed Rajiv Ranjan, General Manager, Jharkhand Tourism Development Corporation (JTDCL). He further said,

We want picnic spots in and around the capital to remain free of plastic, but managing the huge footfalls we receive is a difficult job. Therefore we have decided to further intensify our plastic monitoring this time.

Mr. Ranjan told NDTV that the Department has already started implementing the plastic-curbing actions decided by the department. For example, the visitors are being asked to leave any use and throw plastic they are carrying at the entry gate itself. The Department has arranged for leaf-plates called ‘pattals’ in local dialect at the entry gate and are asking people to take these instead of using plastic plates inside the tourist sites. These Leaf-plates are being provided by the local villagers at the market rate, informs Mr. Ranjan.

Also Read: Shun Plastic, Click A Selfie And Earn Rewards: Jamshedpur’s New Move To Curb The Use Of Plastic Bags

He said, “We are doing our best in stopping use and throw plastic material from being taken inside the major tourist sites. We are also keeping a strict watch inside the site to avoid littering of any sort, in case someone sneaks the banned items inside the site.”

The state tourism department has deployed 93 ‘Paryatak Mitras’ (Friends of Tourists) at seven tourist sites to keep a watch and direct the tourists to towards nearest garbage bin. ‘Paryatak Mitras’ are young men from nearby villages. The department pays them an honorarium. They are not only given the charge of ensuring cleanliness on the site but also help the tourists in case of any problems faced by them and also act as tourist guides. Mr. Ranjan said,

There used to be huge plastic litter piles harrowing the beauty of the sites. We have been able to control some of it with the help of the Paryatak Mitras. We have spoken with the Police Department to deploy policemen at the site to aid the department’s efforts.

Apart from this, the department has put display boards at many places on the selected sites which carry messages to promote cleanliness, told Vidyanand Sharma, Deputy Director, Department Of Tourism, Government of Jharkhand.

Mr. Sharma asserted, “The department runs a month-long programme every year along with the Central Government called ‘Paryatan Parv’ in October where we run awareness campaigns on conservation of the heritage, regional and geographical sites of Jharkhand. We organise talks and awareness generating programmes like street plays, and display posters.”