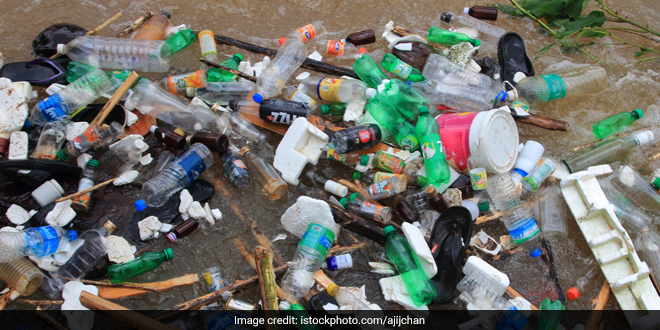 New Delhi: With the aim to show their contribution in containing plastic waste and saving water, South Delhi Municipal Corporation (SDMC) announced a ban on single-use plastic water bottles in their official campus in Delhi’s Civic Centre. The decision was taken on Tuesday (July 23) in a meeting of the Standing Committee of the SDMC at the Civic Centre. Bhupender Gupta, Chairperson of Standing Committee of the SDMC told NDTV,

Single-use plastic water bottles were being use in our office for decades and we noticed that it had three negative impacts, two of which affect the environment directly. One being the usage of single-use plastic, the other being wastage of water, since most using these don’t always manage to finish the water in one go and it usually goes to waste and third was the monetary impact.

Mr. Gupta further explained that the initiative was taken keeping Prime Minister Narendra Modi’s pledge to the UN regarding the elimination of single-use plastics from the country by 2022 in mind. He also said that as parts of the country are facing severe water crisis, it was time to save whatever little water we can. He added,

The ban has been imposed effective immediately as all the offices, cabins, conference rooms and common areas have already received water dispensers and paper glasses. This maybe a small step towards a very big initiative, but we will eliminate so many of such small plastic bottles from ending up in landfills or blocking sewers and at the same time this will also save litres of water collectively and add to environment’s protection.

The move is also expected to save SDMC Rs 22,000 per month as Mr. Gupta explained that each water bottle costs them Rs. 5.40. He also said that they are hoping to scale up the ban to other single-use plastic products very soon in an organised manner.

This is not the first time that the ills caused by single-use water bottle has been focused upon as according to official reports, earlier this month use of plastic inside the Delhi Secretariat was also banned. The banned items in Delhi secretariat include plastic water bottles, plastic bags, food packages and other items anywhere in the office including the canteen operated inside the secretariat.