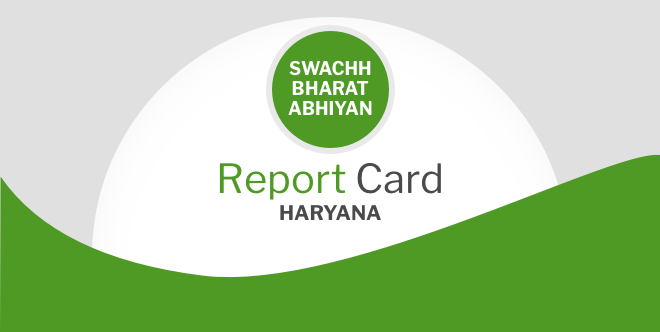 Mumbai: It has been a year since the Northern India’s state of Haryana successfully completed its task of providing 100 per cent toilet access to its residents living in urban and rural areas. While the rural areas were declared free from open defecation on World Environment Day in 2017 (June 5), the urban areas attained the Open Defecation Free (ODF) status on October 2, 2017. As the rest of the India’ states race to attain the ODF tag before the 2019 deadline, Haryana has begun a new journey of going for the ODF Plus and ODF Plus Plus status, which refers to total sanitation in terms of solid and liquid waste management and improved sewerage lines. 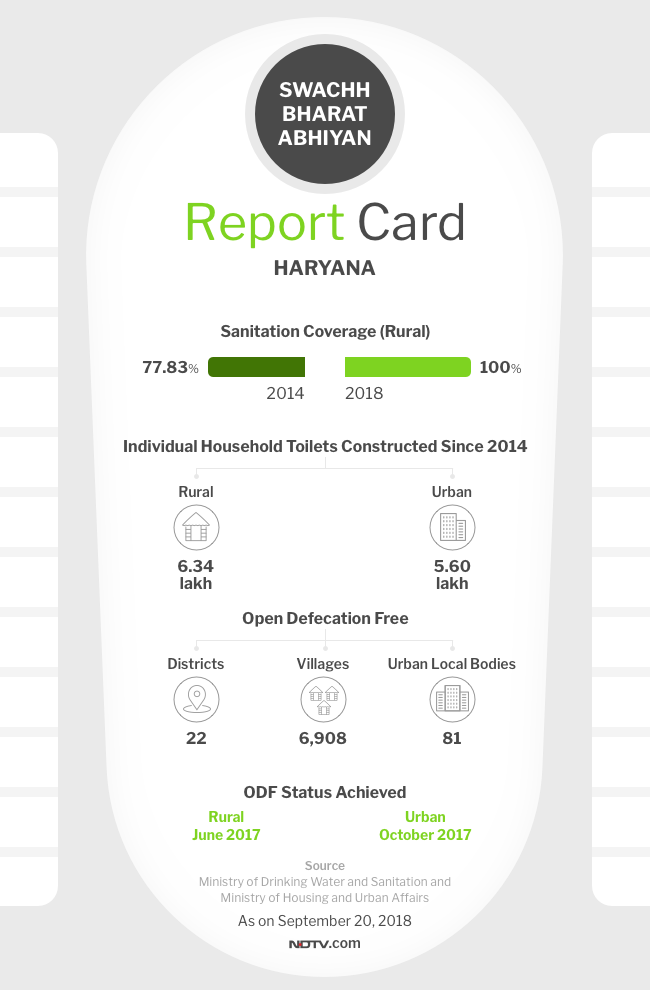 In rural areas, 1,360 projects of scientifically treating solid waste have been sanctioned. Under this project, every village is provided a shed to process household waste. 2-3 villagers are identified and trained to handle and process the garbage. The hired villagers segregate the waste. While the dry waste is sold to the recyclers, wet waste gets composted.

Being an agrarian economy, the officials have integrated the flagship programme GOBAR Dhan (Galvanizing Organic Bio Agro Resources Dhan) Scheme in the ODF plus process. The objective of the scheme is to convert waste into wealth by generating income for rural households from waste generated from livestock. There are a total of 450 gaushalas (cow sheds) in the state with strength of about 3.41 lakh cattle.

This (scheme) would not only ensure cleanliness but also help to double the income of farmers. The GOBAR Dhan scheme has been conceptualised with an aim to convert waste into bio energy, gas and compost which would not only benefit the people but also maintain cleanliness in the villages, Chief Minister Manohar Lal Khattar had said while launching the scheme in April this year.

50 villages from three districts – Rohtak, Sonipat and Jhajjar have been selected where the Gobardhan initiative is currently being implemented on a pilot basis. Like the SWM project, 2-3 people are given the task of collecting cow dung from the village and convert it into biogas. The benefits of this scheme are multiple, says Mr Mehta,

Villagers are earning by selling their cow dung and the biogas that is sold helps the zilla panchayats earn money. Employment is also generated in the villages as villagers are hired to conduct the conversion process.

To tackle the liquid waste in rural areas, the state government will build 20 solid and liquid waste management projects in three of its districts – Yamunanagar, Kurukshetra and Kaithal. These projects will tackle water pollution in Saraswati river.

As for the urban areas, the government is setting up Haryana’s first Integrated Solid Waste Management Project in Gurugram and Faridabad. The plant will generate energy from waste. The plan will generate at least 100 MW (megawatt) of electricity daily. It will be set up in collaboration with the Urban Local Bodies Department, municipal corporations of Gurugram, Faridabad, and Eco Green Energy Private Limited, to dispose of the solid waste in the two districts. Costing Rs 430 crore, the project is one of the largest projects of its kind in India.

Ensuring that every household is connected to a sewerage line or have septic tank is another indicator of ODF plus plus.

Every family who has availed the toilet subsidy must have its toilet connected to a sewerage line and in cases where it is not possible due to space constraints and the way houses are constructed a septic tank is a must. All the urban local bodies have to ensure this. The civic bodies are currently examining the houses and providing either of the two facilities accordingly, says Harbhajan Singh, Swachh Bharat Mission-Urban Consultant, Haryana.

According to the rules mentioned under the Swachh Bharat Mission, the ODF certificate of a region should be revoked if any open defecation cases are found after six months of its declaration. The Quality Council of India has completed their second and third round of verification in rural and urban areas of Haryana respectively, and no instances were found of open defecation.

The real test if open defecation is eliminated or not is determined by how well a region is able to continue encouraging people to use toilets. We feared that people might turn their toilets into store rooms or would dismantle it once the ODF tag was on paper. However, in order to prevent that we are taking a number of steps that are focused at creating long-term awareness, says Mr Mehta.

From mobilisng communities to imposing strict penalties on defaulters, here’s how Haryana is ensuring zero dent in its Swachh record:

Over six and a half lakh toilets (6,34,442) in rural areas and 5.60 lakh toilets in urban areas were constructed between 2014 to 2017 in Haryana, to make the state Open Defecation Free. The sanitation coverage of the state was 77.83 per cent when Swachh Bharat Abhiyan was launched and today it stands at 100 per cent.