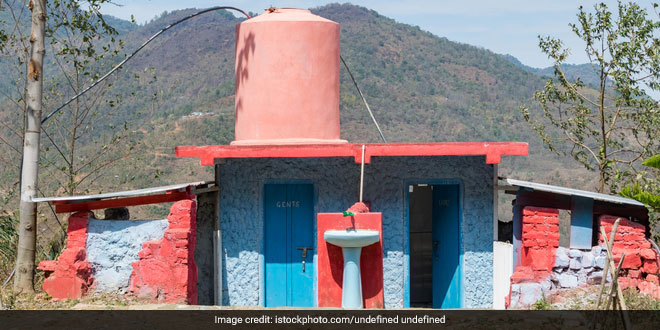 Mumbai: Gaining momentum in its fourth year, the Swachh Bharat Abhiyan saw two northeastern states – Manipur and Nagaland crossed a milestone and declared open defecation free (ODF) on Gandhi Jayanti (October 2). While Manipur became the second state in the northeastern zone, after Sikkim, to declare both its areas (urban and rural) free from open defecation, the mountainous state of Nagaland has declared its rural areas ODF and is yet to achieve the 100 per cent toilet coverage mark in its urban areas. Chief Minister of both the states took to social media to make the announcement.

Happy to announce that Manipur is #OpenDefecationFree and glad to have received the ODF certificate from the Hon’ble Governor @nheptulla during the observance of National Cleanliness Day at G.M.Hall today, tweeted Nongthombam Biren, Chief Minister of Manipur.

Happy to announce that Manipur is #OpenDefecationFree and glad to have received the ODF certificate from the Hon'ble Governor @nheptulla during the observance of National Cleanliness Day at G.M.Hall today. pic.twitter.com/dDuMZlW2Pc

#Nagaland has been declared the 22nd #OpenDefecationFree state in India by @jacob zhimomi Minister, PHED. Congratulations to the 10 best performing villages from each district, who were awarded with certificates & mementos, said, Neiphiu Rio, Chief Minister of Nagaland in a tweet.

#Nagaland has been declared the 22nd #OpenDefecationFree state in India by @jacob_zhimomi Minister, PHED. Congratulations to the 10 best performing villages from each district, who were awarded with certificates & mementos. #CleanAndGreenNagaland #GandhiJayanti #SwachhtaHiSeva

A Glance At Manipur’s ODF Journey

Manipur’s performance in providing cleanliness and toilets has been impressive since day one considering the steady construction of toilets since 2014. Unlike other states, where building of toilets began only in the second or the third year of cleanliness mission, the state of Manipur divided the task of building toilets equally among four years. The reason behind this was simple, the state didn’t want any loopholes in their ODF journey. For instance, after making a village or an urban local body ODF, the authorities would monitor the status over a period of time before jumping onto another area. This method helped the state in attaining the ODF certificate from Quality Council of India without any glitches.

The urban areas of the state were able to eradicate open defecation in August this year. Talking to NDTV Nepram Gitkumar, Swachh Bharat Nodal officer for Manipur said,

According to the standard protocol we followed the three-step verification process. Since 2014, municipal bodies have been self-declaring their respective towns and cities ODF. However, it was only this year, when the urban sanitation shot up over 90 per cent from 75 per cent that we invited the QCI for a third-party verification.

To sustain the ODF tag in urban areas, the Chief Minister, on October 2, announced the launch of Google Toilet locator, which enables people to locate the nearest public toilet for use when needed from their mobile.

As for the rural areas, 2.42 lakh toilets were constructed and people residing in 16 districts now have access to a toilet.

Chief Minister Singh, in his address on cleanliness, said that teachings of Mahatma Gandhi have a lot of relevance when it comes to the state of the sanitation in India. Quoting Mahatma Gandhi, he said,

Only a clean nation can ensure a healthy nation. We must keep our surroundings and clean and prevent open defecation as it can lead to several health risks.

The districts officials were dedicated in the process to an extent that most of them were even involved in manual labour work including loading and unloading of the construction materials, he said.

Sanitation In Rural Areas Of Nagaland

Home to diverse indigenous tribes, the mountainous state of Nagaland was officially handed over the ODF certificate by the Quality Council of India (QCI) during a function on the Swachhata Diwas. Public Health Engineering (PHE) Minister Jacob Zhimomi felicitated districts who gave an exceptional performance in increasing state’s overall sanitation coverage and appealed everyone to sustain the ODF tag along with maintaining the newly constructed toilets.

To mark the day of #GandhiJayanti and declaration of ODF State (Rural) today.. .awards were given to the best performing district in the state including WATSAN committees in the presence of all the Brand Ambassadors of SBM(G) on be half of CM @Neiphiu_Rio @PMOIndia @paramiyer_ pic.twitter.com/FE90wJidXD

In 2014, state’s sanitation coverage in rural areas was merely 39 per cent when the Swachh Bharat Abhiyan was launched. Within four years the state increased it to 100 per cent in rural areas, thus setting an example for the rest of the country. 1.28 lakh individual household latrines were constructed over a period of four years and all the 1,122 villages and eleven districts have now become ODF.

Mr Zhimomi further has offered the department’s help to the team of Swachh Bharat Mission-Urban for speedy construction of toilets for the state to meet the national deadline of October 2019, which is just a year away. From 285 individual toilets in urban areas to 2,972 ones, Nagaland’s urban sanitation progress has gathered momentum in the past one year, however no urban local body in the state is ODF yet. One of the primary reasons is the difficult terrain that decelerates the construction of toilets. Like in rural areas, the authorities are finding it difficult to transport the raw materials of toilet and connect the newly constructed toilets to the sewage pipeline. The officials will soon hold discussions with district heads to strategise the ODF process in the cities.

Over nine crore toilets have been built since the inception of the cleanliness mission. 25 states including five Union Territories and 529 districts have achieved the ODF tag. Prime Minister Narendra Modi had launched Swachh Bharat Mission in 2014 with an aim to provide toilets to everyone and making the country ODF by Mahatma Gandhi’s 150th birth anniversary in 2019.

Punjab Is The Fourth State To Completely Go ODF