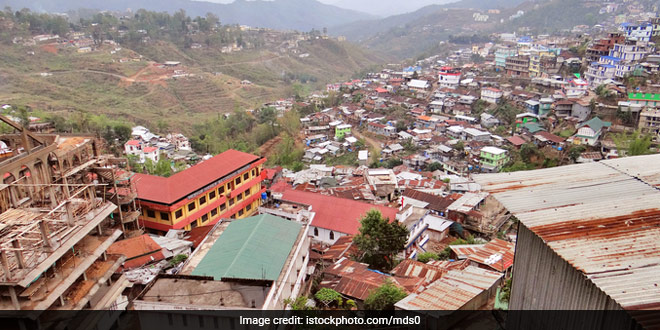 Mumbai: As India progresses towards the deadline to achieve 100 percent open defecation free (ODF) status by 2019 under the Swachh Bharat Abhiyan, another state has now been declared free from open defecation. Joining her north-eastern sisters of Sikkim and Arunachal Pradesh, urban Manipur has been certified ODF by the Quality Council of India (QCI) for reaching its goal of 100 per cent toilet coverage. Before the inception of the cleanliness mission, a total of 30,209 households didn’t have toilet access. The same number of individual household latrines were constructed over a period of four years in 27 cities of the state. Moirang, Bishnupur, Kakching, Lilong (Imphal West) and Nambol were the first five urban local bodies to go ODF.

The announcement was made by the Swachh Bharat-Urban (SBM-U) department on a social media website.

All urban areas in Manipur have now been certified as Open Defecation Free.#MyCleanIndia #SwachhBharat #ODF pic.twitter.com/lhpKaEIBHb

“All the towns and cities that fall under the jurisdiction of clean India mission’s urban department have achieved the open defecation free over a period of four years.”

Elaborating further on the process, Mr Gitkumar says, “According to the standard protocol we followed the 3-step verification process. Since 2014, municipal bodies have been self-declaring their respective towns and cities ODF. However, it was only this year, when the urban sanitation shot up over 90 per cent from 75 per cent that we invited the QCI for a third-party verification.”

The SBM-U is likely to celebrate the Independence Day by officially receiving the ODF certificate in presence of Chief Minister Nongthombam Biren Singh on August 15.

Unlike the other states of India, Manipur’s overall sanitation coverage in urban areas was already high at 75 per cent. The challenging task for the state was not to construct toilets as majority of households already had them, but it was to push people to get into the practice of using these toilets.

“Fortunately, we didn’t have to go through the tedious process in all the cities as majority of them already had a toilet access. Thus, our entire ‘Information, Education and Communication’ campaign was focused on bringing about a behaviour change to eradicate the practice of open defecation,” adds Mr Gitkumar.

In last four years, the officials of SBM-U churned out a number of activities with a special focus on attaining 100 per cent sanitation coverage in schools and colleges. The authorities believed that if children get into the practise of using toilet they can implement the same in their homes. The urban local bodies in 27 cities had also formed morning squads of secondary school students to keep a vigil on people defecating in the open. With multiple awareness rallies, campaigns and workshops, the mammoth task of ending open defecation was finally ended.

Considering that no task is without its own share of challenges and problems, the urban local bodies in Manipur also had to face issues while implementing cleanliness and sanitation. One of the primary obstacles was of the topography of the state. Due to hilly regions, transporting raw materials to construct toilets was challenging.

In many areas this issue was resolved by constructing twin-pit toilets as they require minimum raw materials. This way, even people felt they owned the toilets and started using it. These types of toilets basically comprise two alternating pits connected to a pour flush toilet. It collects grey water which slowly infiltrates into the surrounding soil. Over time, the solids are sufficiently dewatered and can be manually removed with a shovel. It is economically viable as the cost of water and connection of toilet with sewage pipeline is saved.

As for the rural areas of the state, out of 2,566 villages, 1009 villages have been declared ODF and the remaining 1,547 are likely to go ODF by September 2018. With construction of 1.66 lakh toilets, the overall rural sanitation coverage of Manipur is 80 per cent. Only two districts – Senapati and Bhishnupur have been declared ODF. While districts like Thoubal, Imphal East and Churachandpur have sanitation coverage above 80 per cent, there are districts in the state like Ukhrul and Chandel whose toilet coverage is less than 60 per cent even after three years of the cleanliness mission.

This Independence Day, #BeatPlasticPollution And Say No To Plastic Flags, Says Sudarsan Pattnaik Through His Sand Art