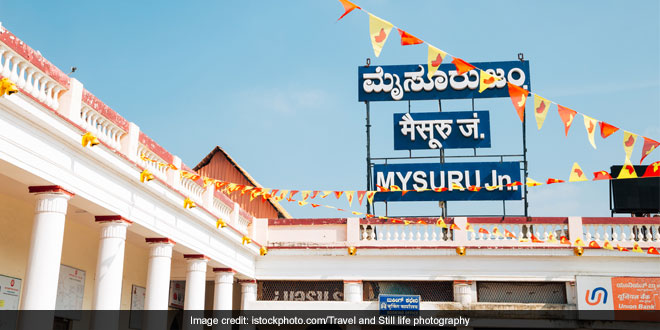 New Delhi: “This year’s achievement is entirely dedicated to the citizens of Mysuru, as it is only because of their participation that we have managed to score third rank nationally,” Dr. T. C. Poornima, Deputy Director, Directorate of Field Publicity (DFP) told NDTV while talking about Mysuru’s performance in Swachh Survekshan 2019. This year the city has shown significant improvement from rank 8 in last year to rank 3 in Swachh Survekshan 2019 nationally.

This year, Mysuru was also certified as Open Defecation Free Plus, which mainly means not a single person was found defecating or urinating in the open, as well as all community and public toilets are functional and well maintained. The city also received a 5-star rating under ‘Garbage Free City Protocol’. Under the 5-star rating, protocols like source segregation, plastic ban, scientific waste processing, and landfilling plus construction and demolition waste needs to be managed effectively. Dr. Poornima explains that the city has a strict focus towards ‘Solid Waste Management’.

Mysuru gets awarded for being a 5 Star Garbage Free City. #SwachhSurvekshan2019 pic.twitter.com/PfOGYySzpJ

Dr. Poornima credits citizen participation and the local campaign Swachhta Action Plan, for the increase in general increase in awareness levels. She said,

Swachhta Action Plan encouraged people on a large scale to maintain cleanliness and vote for their city with the help of hoardings, paintings, banners, and writings in most commercial and public areas.

Dr. Poornima also credited Mysuru City Corporation for their efforts in ensuring proper cleanliness across the city. She said that Mysuru has implemented 100 per cent door to door garbage collection, which ensures 100 per cent segregation at source as well as encourages the citizens to not litter in public and vote for their city in the cleanliness survey.

When it comes to the toilets’ accessibility, all the community and public toilets in the city have been tagged on Google Maps and maintain cleanliness throughout the day. Further talking about sanitation in the city, Dr. Poornima said that all the 65 wards are free from the practice of open defecation.

Swachh Survekshan 2019: From Rank 1 to 2, Jharkhand’s Journey As One Of The Cleanest States In India

Swachh Survekshan 2019: Here’s What Indore Did To Retain Its ‘Cleanest City Of India’ Title