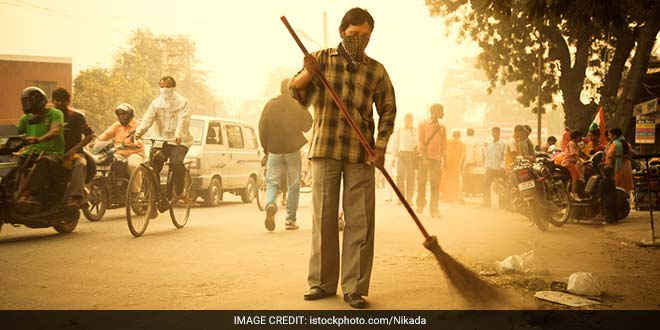 New Delhi: Minister of Housing and Urban Affairs Hardeep Singh Puri will launch the fourth edition of what the government claims to be the world’s largest cleanliness survey – Swachh Survekshan on Friday, August 10 in New Delhi. The Swachh Survekshan 2019, as part of Swachh Bharat Mission – Urban (SBM-U) is expected to begin from January 4 and will continue till January 31. Just like its previous versions, Swachh Survekshan 2019, will rank all cities on the basis of cleanliness and sanitation. According to the press release issued by the government, this year, the survey will encourage large scale citizen participation, sustainability of initiatives to make a town or city garbage free and open defecation free (ODF).

Along with this, to help cities prepare themselves for the survey, the Ministry will launch Swachh Survekshan 2019 toolkit and Swachh Bharat Mission ODF Plus and ODF Plus Plus protocol. The toolkit and protocol will have a detailed survey methodology, component indicators with scores, conditions to be achieved by cities to declare themselves as ODF plus and ODF plus plus and detailed steps required for third party verification.

Explaining SBM ODF Plus and ODF Plus Plus, the press release states,

While the SBM ODF Plus protocol focuses on sustaining community or pubic toilet usage by ensuring their functionality, cleanliness and maintenance, the SBM ODF Plus Plus will focus on achieving sanitation sustainability by addressing complete sanitation value chain, including safe containment, processing and disposal of fecal sludge and septage.

Not only this, a web portal – Swachh Manch will also be launched to bring together volunteers contributing to the Swachh Bharat Mission. The web portal will let volunteers and stakeholders to create, invite and participate in different activities. Sharing details of the portal, the press release added,

Swachh Manch will enable uploads of pictorial evidence of citizens and organisations participating in the initiatives, as well as record the number of hours volunteered. The Swachh Manch will also be integrated with the existing Swachhata App to act as a citizens’ grievance redressal platform.

A Brief History Of Swachh Survekshan

The first ever Swachh Survekshan that covered mere 73 cities was conducted in the year 2016. In 2017, Swachh Survekshan got bigger and better and covered 434 cities, with a population of one lakh and above. The recently concluded Swachh Survekshan 2018 had widened the coverage of the survey to 4,203 cities, which is almost 10 fold increase from last year’s survey.

A Step Ahead From The Rest: Indore Uses Smart Watches And GPS-Enabled Vehicles To Maintain Its Cleanest City Title