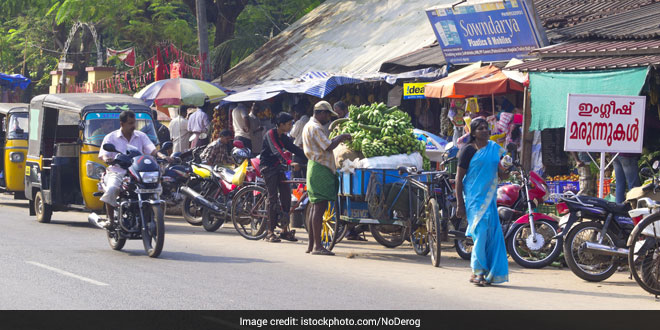 New Delhi: India’s growing garbage crisis is an open secret. If visible piles of garbage are not enough, then as if to reiterate the disaster in the making is incidents like what happened on September 1 in Delhi. 80-feet mountain of trash in Ghazipur Landfill collapsed and killed two people and left several injured. The tragedy is that Delhi’s oldest landfill in Ghazipur is not an exception. Today, most of the metro cities are sinking under the weight of their own trash, with major landfills overflowing dangerously above their capacity. In this scenario of gloom and doom, Alappuzha in Kerala paints a picture of hope and shows how dumping in the landfill can be completely avoided through waste segregation.

The Road To Innovation

Alappuzha with a population of 1.74 lakh used to dump all its waste in a nearby village Sarvodayapuram, in 2012, until the villagers decided to put their foot down and stopped Alappuzha’s garbage from entering their territory. It was known as the biggest protest at that time – around 5,000 protestors formed a human chain for many days and literally stopped garbage trucks coming from the city into their area.

The end result, Alappuzha had to dump all its waste within the city’s premise in its landfills. But, after few months, the landfills started overflowing. Soon, from being known as the ‘Venice of the East,’ the city was known for its garbage. This forced Alappuzha to relook at its waste management.

Today the city has no landfill, no processing units, the municipality here does not collect waste. Waste management is done by people here – they produce waste, they manage their waste, that’s the mantra which is being followed in the city effectively for the past few years now.

People segregate and compost their waste while non-biodegradable waste – paper, plastic and metal – is recycled by waste pickers. The city relies on decentralised biogas plants and composting to take care of 80 per cent of its waste.

Citizens Take Waste Management Into Their Own Hands

In November 2012, the city began a campaign ‘Clean Home, Clean City‘ which was then implemented in phases to cover all 40,000 houses. Under this project, household and localised composting setups were promoted along with individual bio gas plants. The methodology adopted was simple; people will manage their own waste and the municipality will provide solutions. Today there are around 15 Aerobic composting units (also known as composting sheds) setup in various parts of the city that comprises 165 bins, and a process that converts wet waste into manure in 90 days. Around 3,500 household use biogas plants and 6,000 families use pipe composting which is cost-effective and easy, involving two pipes lowered into a pit where waste would gather and get treated. Rest of the families still rely on the composting sheds where local authorities recycles the waste.

Coming to the plastic and non-biodegradable waste, Alappuzha citizens keep their dry waste separately, they either deposit the waste in the aerobic bin clusters after segregating or wait for the municipality to collect these from their house every month. Municipality then hands the dry waste to private ventures for recycling.

The municipality has also set up the waste disposal protocol for restaurants and market, they have to segregate their dry and wet waste, the collection of the waste is done by the private contractor who then takes the wet waste to piggeries and fish farm and dry waste is given for recycling to private vendors.

The municipality charges people and restaurant owners with hefty fines who are seen disposing of garbage in the open.

Alappuzha’s success makes it clear, it’s high time other metro cities should opt for decentralisation of waste management and shut its dumping grounds.

Delhi’s Landfill Collapse: Why Is Waste Still Being Dumped At Ghazipur Despite A Ban