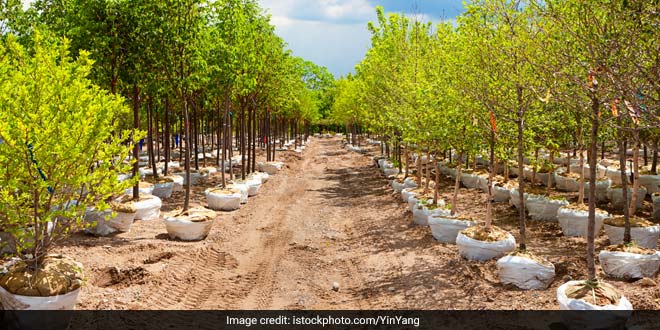 New Delhi: Did you know, that forests cover nearly 31 per cent of our planet’s land area? Lost forests mean the disappearance of livelihoods in rural communities, increased carbon emissions, diminished biodiversity and the degradation of land, states the United Nations. To create awareness about forests, specifically trees, India celebrates Van Mahotsav or the Forest Festival in the first week of July every year. As part of the annual tree-planting festival, thousands of trees are planted all over the country by different stakeholders – from government organisations, civic bodies to individuals.

The objective behind celebrating Van Mahotsav is to keep local people involved in plantation drives and spread environmental awareness.

Van Mahotsav is a brainchild of Kanaiyalal Maneklal Munshi, an Environmentalist and Union Minister of Agriculture and Food (1952-53). In 1950, he initiated Van Mahotsav to increase the area under forest cover and create enthusiasm among masses for forest conservation and planting trees. The festival was simultaneously celebrated in different states in India.

Delhi Environment Minister Gopal Rai on Monday (June 27) said the Delhi government will undertake a 15-day mega plantation drive starting July 11. Van Mahotsav will commence from the Central Ridge on July 11 and culminate on July 25 at Asola Bhatti Mines by planting 1 lakh saplings, he said. The target is to plant 35 lakh saplings this year.