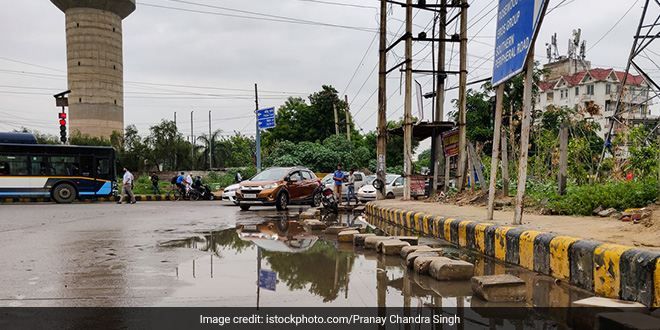 According to the data released by the "Air Quality Early Warning System Delhi", the quality of air is to further deteriorate in Delhi in the coming days

New Delhi: As air quality in the national capital continues to hover in the ‘very poor’ category, desperate measures have been put in by the administration to improve the situation. Sprinkling of water on the city roads is one of the measures being adopted to bring down air quality index. The Delhi government has also pressed into service a total of 150 mobile smog guns to deal with air pollution.

According to Delhi environment minister, Gopal Rai, two smog guns will be installed in every assembly of Delhi, that is, total 70 assemblies and the rest will be installed at pollution hot spots. A mobile smog gun will hold seven thousand litres of water and will cover an area of ten km on one side

On 7th November, Monday morning the AQI (air quality index) in the national capital Delhi came down and stopped at a ‘very poor’ category, after continuing to slide from the ‘severe’ category, which was recorded for three straight days last week, said the forecast system SAFAR.

Even though the air quality in Delhi continued to slide for the second consecutive day from the ‘upper end of very poor’ to the ‘very poor’ category, still, it is touching an alarming level on Monday morning as the overall Air Quality Index (AQI) of the city stood at 326.

According to the data released by the “Air Quality Early Warning System Delhi”, the quality of air is to further deteriorate in Delhi in the coming days.