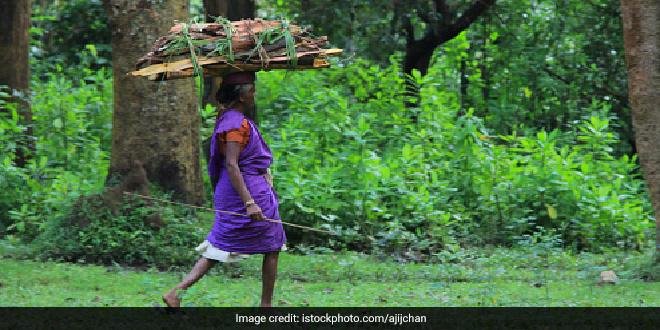 On World Health Day, experts talk about the solutions needed to uplift tribal health in India

New Delhi: Over 104 million tribal people live in India, spread across 705 tribes, accounting for 8.6 per cent of India’s total population, according to the data by the Tribal Health Ministry. But even after seven decades of Independence, tribals continue to be marginalised and lack access to basic amenities and healthcare facilities as compared to non-tribal population.

As per the report ‘Tribal Health In India – Bridging The Gap And Roadmap Ahead’ by Ministry of Health and Family Welfare and Ministry Of Tribal Affairs, only 10.7 per cent of tribal population have access to tap water as against 28.5 per cent of the non-scheduled tribes population. While 3 out of every 4 tribal people (74.7 per cent) continue to defecate in the open. The report stated that tribal areas in India face a triple burden of diseases and malnutrition, communicable diseases like malaria, tuberculosis, diarrhoea are rampant.

As the world marks World Health Day on April 7 with a theme ‘Our Health, Our Planet’ with a focus on reimagining the world with clean air, water and food and foster a movement to create societies focused on health and well-being for all, Banega Swasth India team speaks with experts to understand how India can achieve the goal of ‘Health for All’, including tribals and marginalised communities.

Highlighting the ways in which India can help fix the inequality in access to health and nutrition deficiencies among tribal population, Mr Kar recommended the following steps:

The opportunity for Community Management of Acute Malnutrition (CMAM) can be used as an approach. Through this, the children at community and household level can be fed with safe and energy dense nutritious diets, treated and cared along with good hygiene and breastfeeding practices. India’s Poshan Abhiyan scheme should work with an agenda of making each tribal district self-sufficient in at least six food groups. The tribal population, especially women and children must be in a position to afford foods from all food groups and consume fruits, vegetables, legumes, meat, fish and eggs.

Also Read: World Health Day 2022: Meet The 43-Year-Old Doctor Who Aims To Provide Health For All In Remote Areas Of Ladakh

I think, the promise of Universal Health Assurance under National Health Policy (2017) should begin with tribal areas. Tribal Health Index (THI) is a demand and recommendation by experts, and should be created to capture tribal health status in our country. National surveys, be it National Family Healthcare Survey, Sample Registration System Statistical Report, Annual Health Surveys etc. should target to evaluate various health parameters of tribal areas as well. To adopt a responsive and focused governance structure for tribal health in the country there is a requirement to craft institutional and research bodies like National Tribal Health Council as apex institution along with Tribal Health Directorate and Tribal Health Research department, both at center and state level.

Talking about the funds and allocation, Dr Dash further recommended a spend of almost 15 per cent of the district allocation under the Ministry of Tribal Affairs, exclusively on health. Stressing on the need to make healthcare services accessible in the tribal regions, Dr Dash said,

It is necessary that all tribals whether living within or outside tribal areas should be covered under health insurance either through the central or state government schemes. Lastly, to provide doctors dedicated to working in tribal areas, creation of dedicated medical colleges in tribal districts exclusively for tribal areas is a must.

According to the report Tribal Health In India – Bridging The Gap And Roadmap Ahead, highest percentage of children with low birth weight was found among tribal population. Highlighting the issue of low intake of recommended calories in Tribal people as compared to non-tribals, Dr. Dash said,

It is seen that malnutrition in tribal people is more than the non-tribal population which is directly the result of an inadequate consumption of nutrients including protein, calories and micronutrients.

Dr Dash also quoted one of the studies from Save the Children that highlighted the burden of malnutrition in tribal population of India and said,

Save the Children’s, “Cost of the Diet” study from tribal district of Jharkhand shows that a large proportion of the population cannot afford a nutritious diet, which is two and half times more expensive than a calorie only diet for the sampled tribal households. Nutrition sensitive social protection schemes play a greater role in minimizing the affordability gap.

Specifying some of the special areas that need attention to tackle the crisis of tribal health in India, Dr. Vikas Kaushal, Head, Health from Save The Children said,

Tribal Malaria Action Plan should be introduced in tribal-dominated districts under National Health Mission. To reduce infant and child mortality, a committee is recommended to strengthen Home Based New Born and Child Care services. To reduce malnutrition food security should be ensured and Integrated Child Development Services should be strengthened in the tribal districts. Maternal and child health problems of tribal communities cannot be addressed in isolation. Programs need to account for the socio-economic determinants of health. Addressing issues related to women’s empowerment, family planning, poverty alleviation, along with health, food, water and sanitation, and infant and child feeding practices covers the entire spectrum of inter-linked drivers of tribal welfare. With THE help of NGOs and civil societies, workshops should be held for tribal women to educate them on family planning, menstrual hygiene, contraception, institutional delivery, safe and legal means of abortion.

Tribal health issues have been long ignored in India and the data and statistics are the proof. Under-5 mortality for child born to a tribal family is 57 per 1,000 births, while for the rest of the country it is 37. A child born to tribal family is more likely to die as compared to non-tribal population. The chances of dying is as high as 20 per cent during neo-natal period, whereas it is 45 per cent during post-natal.

Further highlighting the issues why, the health of tribal sector is lagging far behind, MS Makhijani said,

The root cause of the issue is poverty, followed by interlinked issues like education and awareness, right to agriculture land and property. To fix the issue as basic as malnutrition in tribal regions of the country, we first need to fix the issue of accessibility, awareness. We tell tribal people to have five colours in their plate and get the benefits from micronutrients and nutrients, but how will they get those, if they don’t even have the access to good food. And how do we tackle that is really an important question.

Ms Makhijani further said that allocation on health in India is approximately 2.5 to 3 per cent of Gross Domestic Product, which should be increased by 10 per cent in order to tackle the healthcare crisis in tribal regions.

World Health Day 2022: Walking The Tightrope Between Health Of The Environment And Human Health