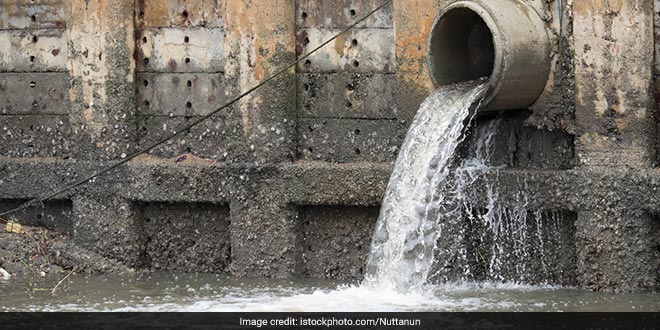 New Delhi: Delhiites can now lodge their complaints online about overflowing drains directly to the Yamuna Pollution Monitoring Committee that will take up the matter with the concerned civic agencies. The monitoring committee (MC), which was constituted by the National Green Tribunal (NGT) in 2018, was directed by the panel to set up a website for receiving and giving information on abatement of pollution and rejuvenation of the river Yamuna. The website, which was launched on Wednesday (January 20), has all the important NGT orders and judgments and has a knowledge sharing platform which provides an opportunity to both institutions as well as individuals to give their suggestions and or location-specific feedback to the monitoring committee, said Shailaja Chandra, a member of the committee.

The template of the knowledge sharing platform allows for a fixed word limit and size of photographs. Where found suitable some photographs will be displayed on the website subject to screening, she said. Acknowledgements will be sent where action has been initiated by the monitoring committee on suggestions given. She said if they receive a complaint about an overflowing drain, they would be in a position to identify the drain-owning agency using the services of Geospatial Delhi Limited (GSDL). They would then direct the concerned agency to take action and within a fortnight try to resolve the issue and reply to the complainant.

The website also contains a Power Point Presentation (PPT) of 55 slides and gives an overview of the role and responsibilities of different government departments and agencies as well as citizens of Delhi and adjoining states in helping to keep the river clean and environmentally safe, she said.

Ocean Pollution: Meet The Sea Squirt, Sucking Up Plastic Particles From The Sea