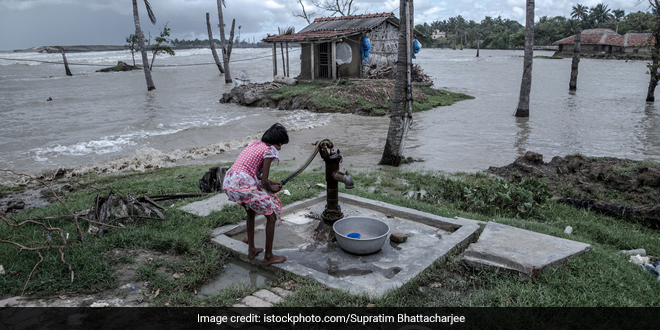 New Delhi: Union Minister for Environment, Forest and Climate Change Bhupender Yadav on Thursday (September 1) said the climate change phenomenon is deeply unfair as its negative impacts are more severely felt by the poor and vulnerable, especially in the developing countries who contributed least to it. Mr. Yadav attended the G20 Joint Environment and Climate Ministers Meeting (JECMM) held at Bali, Indonesia. Speaking on the concluding day of the G20 meeting, the Union Minister underlined the need to work together for stronger recovery and resilience across the globe, leaving no one behind especially the most vulnerable sections of society. He reminded that this is at the heart of the 2030 agenda of sustainable development.

In his address, the Minister said,

While climate change is a global phenomenon, its negative impacts are more severely felt by the poor and vulnerable, especially in the developing countries. There is high dependence on natural resources but the capacity to cope with climate variability and extreme is limited. The climate change phenomenon is deeply unfair. Those who contributed least to it from developing countries will be most severely hit by the impact of global warming

Any initiative to address the contemporary environmental challenge should therefore be on the basis of equity and principle of Common but differentiated responsibilities and respective capabilities in the light of the national circumstances and priorities, he said.

Mr. Yadav informed the gathering that India will assume the G20 Presidency from December 1, 2022 culminating in the G20 summit in 2023. As under the Indonesian Presidency, there shall be meetings side events, workshops, seminars, and site visits across different cities in India during G20 Presidency.

Mr. Yadav told the gathering that while addressing the World Leaders Summit at COP 26 in November 2021, Prime Minister, Narendra Modi gave a new mantra for sustainable development that is LiFE- Lifestyle For Environment. He added,

LiFE as a global movement is needed today to move away from mindless and destructive consumption to mindful and deliberate utilisation. India’s effort towards the clean energy and energy security low carbon and efficient industrial growth, sustainable agriculture and low carbon living affirm our commitment to a transformative shift towards sustainable lifestyle for all

The Union Minister further said that there is a need to redefine prosperity to ensure an affordable, servable and sustainable lifestyle for all. He concluded by emphasising that sustainability requires coordinated action for the global commons. India stands for a ‘whole of the world’ approach that recognizes the interdependence of countries, economies and communities.

Also Read: Meet Jadav Molai Payeng, The Forest Man Of India, Who Has Been Planting Trees For The Last 43 Years