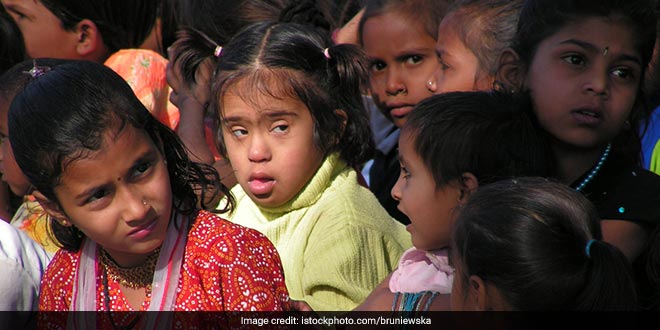 New Delhi: Union minister Hardeep Singh Puri on Thursday (September 1) said there is a need to build sustainable and universally accessible spaces and find policy solutions to accommodate persons with disabilities. The minister for housing and urban affairs said around 70 per cent of those who need assistive technology did not have access to such a facility and called upon innovators to come up with solutions that are simple and widely accepted.

Mr. Puri was speaking at an event organised to present the ‘Smart Solutions Challenge and Inclusive Cities Awards 2022’, an initiative of the National Institute of Urban Affairs (NIUA) and the United Nations (UN) in India to address city-level accessibility and inclusion challenges faced by persons with disabilities, women, girls and senior citizens.

Also Read: Fashion Beyond Boundaries: A Fashion Show To Promote Inclusion Of People With Disability

We must find policy solutions and build infrastructure that caters to people with disabilities and that is what we are committed to. It is estimated that nearly 70 per cent of those who need assistive technology have no access to it. This means that persons living with disabilities are constantly competing just to gain access to essential resources

Lack of accountability curtails their access to transport services, sanitation, health and education. As a result, the most vulnerable populations could get excluded. That’s why we precisely need universal designs

Moving to such designs will also help achieve the target under Sustainable Development Goals to provide universal access to safe, inclusive and accessible green and public spaces to women, children, senior citizens and persons with disabilities by 2030, he added.

On the occasion, Sagar in Madhya Pradesh and Belagavi in Karnataka were awarded for their innovative solutions to issues concerning women’s safety and quality education for low-income families, respectively.

I was pleased to see that two cities under the Smart City Mission have developed solutions (to challenges) that are being implemented. While Belagavi has developed a comprehensive tool for education and literacy for low-income families, Sagar has developed a ‘Nirbhaya App’ to enhance women’s safety

Recalling the use of technology in handling the Covid situation better, he said the Integrated Command and Control Centres (ICCC) under the Smart City Mission served as war rooms and also played a vital role in the incubation of smart solutions.

The minister said Delhi was going to witness certain developments in the near future that would not only be major landmarks but also represent a paradigm shift in the approach towards urban development.
Asking people to be sensitive toward those suffering from disabilities, he said,

Mr. Puri also bestowed awards on distinguished innovations and start-ups. He took stock of smart solutions by different groups and entities at an exhibition here.

I am thoroughly impressed at the creative capacity of the innovative solutions as well as their potential to change the lives of persons with disabilities, women and senior citizens. The best solutions are always simple, cater to specific pain points, have clear benefits, and are widely accepted by users

Mr. Puri added that these solutions would be instrumental in integrating a universal design, which would help achieve the Sustainable Development Goals target to provide safe, inclusive, and accessible, green and public spaces for all vulnerable communities.

Also Read: Able 2.0: Here Is How NGO EnAble India Is Helping People With Disabilities Get Employed

Health And Nutrition: Are Millets Good For You?