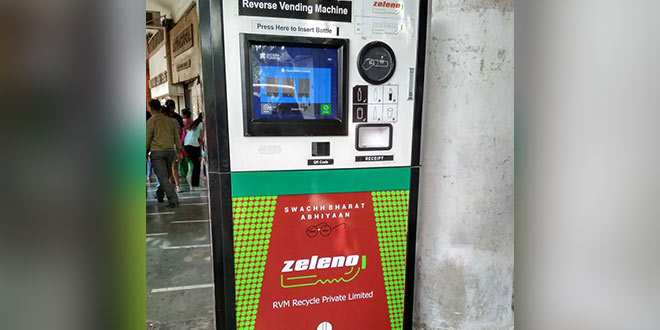 It was sheer coincidence that just as I emptied the plastic water bottle I noticed the reverse vending machine in front of me. I quickly thought of using it to see if I will really get any incentive. 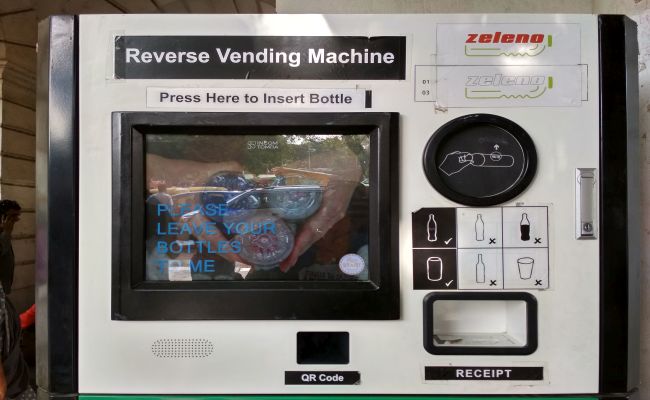 I went to the machine, read the instructions which were fairly simple – touch the screen to start the process, dump the plastic bottle, choose coupon, confirm it and get the reward. As soon as I dumped the bottle, on the screen three blank coupons were displayed and so without knowing what was on offer, I chose one randomly and received a receipt. The receipt was a discount voucher of Rs. 2 which could be availed at ‘John Neembu Pani’ in Connaught Place itself.

The amount was quite minimal, but despite that I was elated with the discount voucher. I was glad that I sent one less bottle to the already overflowing and dying landfills. I was pleased to know that instead of polluting land and water bodies, the plastic bottle used by me will be recycled.

• While using the machine, I realised that the machine takes in bottle with bar code only.

• All the instructions were in English so using this kind of machine might be tad difficult for ragpickers, who usually have plenty of plastic bottles. Though it is not rocket science you just have to tap, but people who know nothing about the machine and its functionality can do with instructions in local language.

• I discovered the machine accidentally, but I think there needs to be signages to promote the existence and usage of the machine.

After my encounter with the reverse vending machine, I researched about it and spoke to the Director of Zeleno, the company that has installed a total of seven machines in Delhi- six in Connaught Place and one in Sarojini Nagar market. For the discount coupons and giveaways on depositing the bottle, to encourage people to use these machines, Zeleno has tied up with seven shops in Connaught Place and Swiggy, which is an online food delivery service. 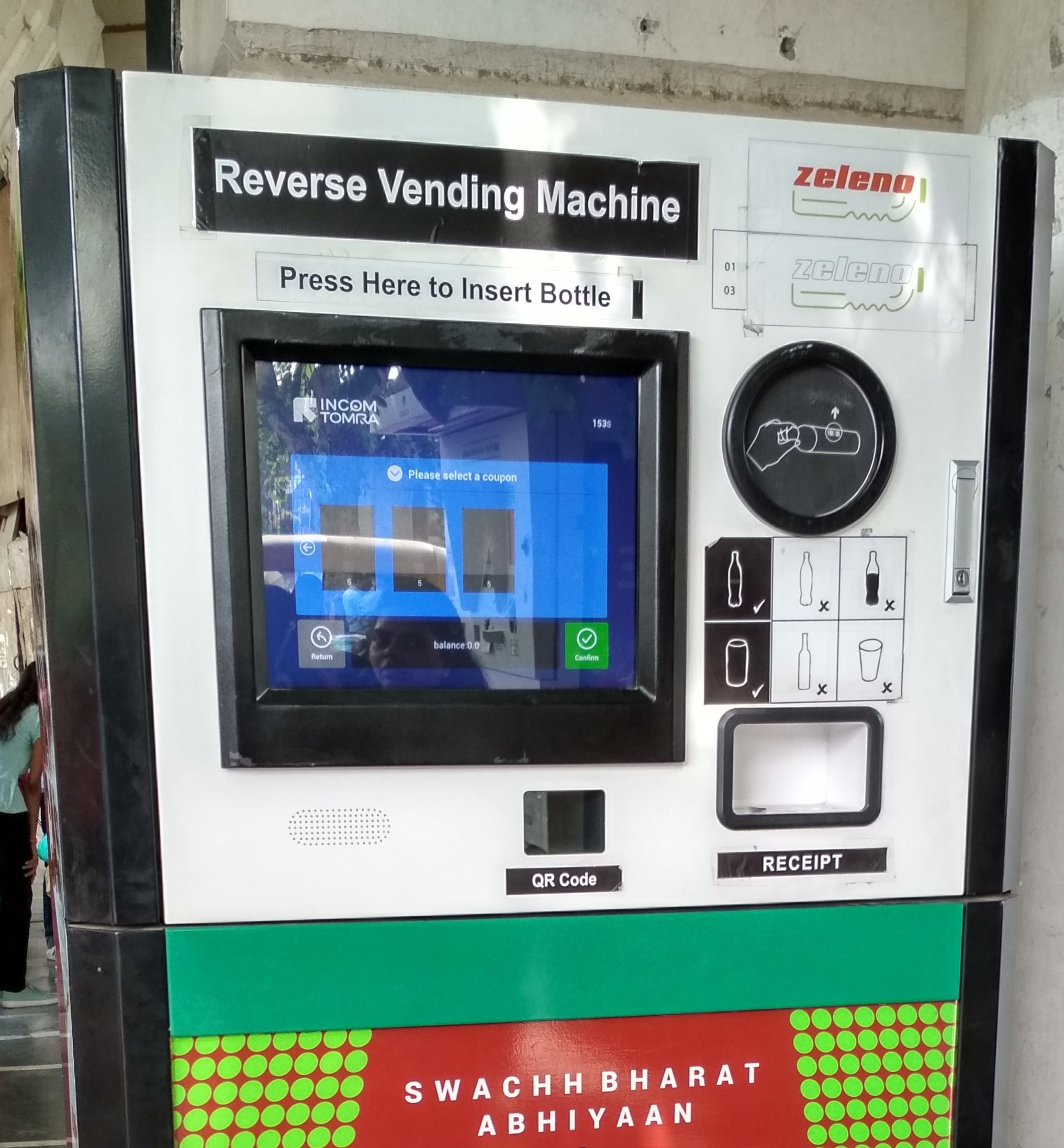 When you used the machine, three blank coupons were displayed because of internet issue. The machine needs good internet connectivity to function properly. When internet strength is good, coupons are displayed and an individual can choose as per his/her preference. As far as collaboration with Swiggy is concerned, an individual can avail 33 per cent discount on any order. There is no cap on the order value. The only thing is, swiggy coupons are valid only for two months, tells Nimish Gupta, Director, Zelono, while speaking to NDTV.

Further sharing details on the cost of the machine and clearing my doubts on language barrier, Mr. Nimish said,

Each machine costs Rs. 5 lakh. This was an initial lot of machines and was installed to understand the hurdles. We will soon be updating the software which will provide audio instructions in Hindi.

As of today, 3,12,000 plastic bottles have been collected from Connaught Place and Sarojini Nagar. The collected bottles are sent for recycling which are then converted into polyester yarn.

Want to dump single-use plastic water bottle? Head over to Connaught Place, if you reside in Delhi and do your bit. The machine I used was located in F-block, near Rajiv Chowk Metro Station gate number 5 and 6.

Related Topics:
Delhi Plastic
Up Next