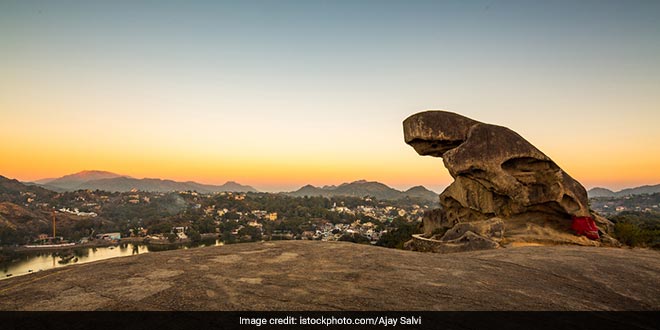 New Delhi: Even after 10 years of being declared as an ‘eco-sensitive zone’, Mount Abu, a hill station in the Sirohi district of Rajasthan is still bearing the burden of toxic plastic. As per the Sub Divisional Magistrate of Sirohi, Dr. Ravindra Goswami, Mount Abu generates 10 tonnes of plastic waste every day. Home to lakes, waterfalls, and forests, Mount Abu has now pledged to protect its flora and fauna from the menace of rising plastic pollution. The Sirohi administration and the Forest Department have decided to ban the use of plastic in Mount Abu from August 15. Ahead of the ban, the administration has started an intensive 45 days anti-plastic campaign to sensitise people about the harms of using plastic and prepare them for the ban.
Dr. Goswami said,

The aim of the upcoming ban is to protect the environment and wildlife. The decision to ban plastic was taken at a meeting held in June with officials from the district administration, the Forest Department, traders, and local public representatives. In the meeting, we decided to free Mount Abu from plastic. We will completely ban plastic from August 15 and will declare the area a plastic-free zone on the auspicious occasion of Independence Day. 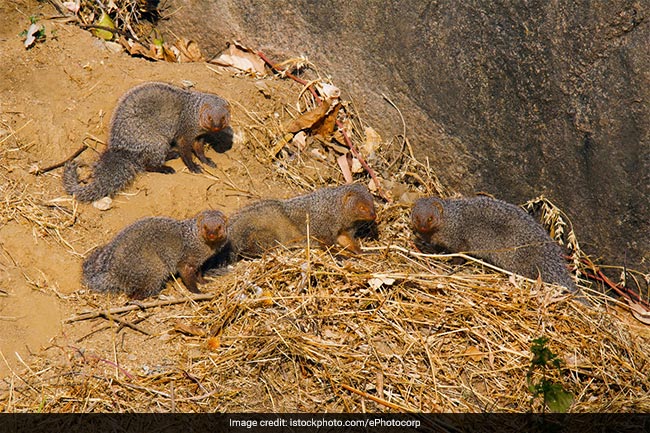 According to Dr. Goswami, the ban will be implemented in phases starting with 45 days anti-plastic campaign in the run-up to the ban, from July 1 to August 14. During this period, the local administration of Mount Abu will be conducting awareness building programmes. The awareness programmes include a massive signature drive to let people take a pledge to shun plastic, door-to-door verbal communication, and regular clean-up drives.

Apart from the awareness-building programmes, the administration will be undertaking the following tasks as well in order to eliminate plastic:

We are creating a model where the forest department will be providing cloth material to local self-help groups which will make bags to be provided to shopkeepers, vendors and to the public at a small price which has not been decided yet. Thus, we are trying to generate livelihood while encouraging green living.

To eliminate the use of plastic water bottles, automated water dispensing machines will be installed to provide drinking water at a minimal cost of Rs. 2 per litre. The cups available with the dispensers will be reusable cups and paper cups. The city administration will be installing 40 Water ATMs where people can fill their bottles. The aim is to install at least one water ATM at every 5 kilometre distance.

To further decrease the use of plastic bottles, the local administration has taken the hotel association of Mount Abu on board who will be distributing one glass or steel bottle to each guest.

Officials will be deployed at the check-post at the entrance of the Mount Abu region which is also the toll collection point, to scan the luggage of tourists for single-use plastic. If plastic is found, the visitor will be requested to submit it at the check-post and take it back while returning.

A team would be formed to check the use of plastic and suitable actions would be taken for the violation of directives from August 15. After the ban is announced, the first time violators will be given a strict verbal warning by the flying squad but the second and multiple time violators will be slapped with a fine ranging from Rs. 1,000 to Rs. 10,000 depending on the amount of plastic and kind of violation. The details of the fine are yet to be finalised by the administration.

In the next phase, the administration will be working on finding alternatives and ways to reduce the use of FMCG (Fast-Moving Consumer Goods) like chips and biscuit wrappers. Dr. Goswami said,

We are aiming that eventually the articles that are biodegradable are only used in the city.

Ankita Jha, a 53-year-old Social Activist and a resident of Abu road welcomed the anti-plastic initiative and said,

Mount Abu people were always used to traditional cloth and jute bags. However, in recent years with increased commercialisation, the use of polythene increased. An initiative like banning plastic bags will have a positive impact on the people as they already have experience of living without polythene. It will be easier for them to shun plastic bags and go back to their traditional ‘jholas’.

According to the Municipal Corporation data, Mount Abu which has a population of 25,000 receives almost the same number of tourists and visitors every day. Together the 50,000 people produce around 25 tonnes of garbage per day. Out this, around 40 per cent of the garbage, about 10 tonnes per day is plastic waste.

While talking to Manushi Yadav, a 26-year-old resident of Abu road about the problem of waste in the area, NDTV found that while plastic waste is the biggest issue in the area, glass alcohol bottles are also causing harm to the animals and people living in the region. She said,

If you go a little upwards on the mountain, towards the lake, you’ll find heaps of plastic waste including diapers and sanitary pads. Apart from this, one will notice a huge amount of shards of beer bottles near the stream and waterfalls. 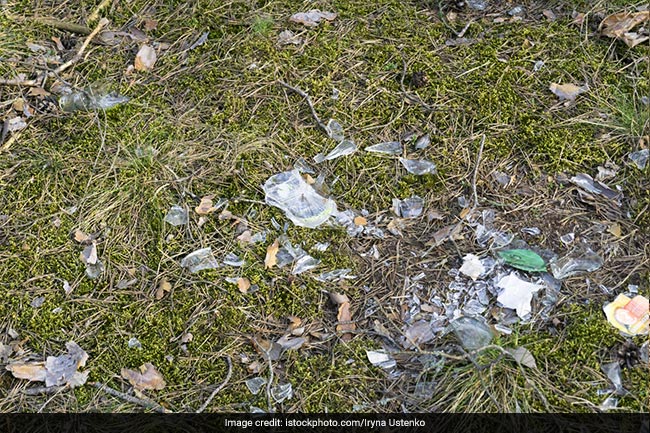 While plastic waste is the biggest issue in the area, glass alcohol bottles are also causing harm to the animals and people living in the region

She explained further that Mount Abu, which is located near the Gujarat border, receives the maximum number of tourist from this neighbouring state. According to the data from Municipal Corporation, the city receives more than 30 lakh tourists from Gujarat every year. She further said that the visitors tend to break bottles after consuming liquor making the site dangerous for the wild animal in the area.

When NDTV probed further and asked the local administration to comment on the matter, Jitendra Vyas, Revenue Officer of Sirohi district said,

There are five liquor shops in the Mount Abu area. We have requested these five shops to stop selling alcohol in glass bottles and use cans instead. We will impose a complete ban on glass liquor bottles soon.

He further said that the local administration will discuss other measures to discourage the use of glass liquor bottles.