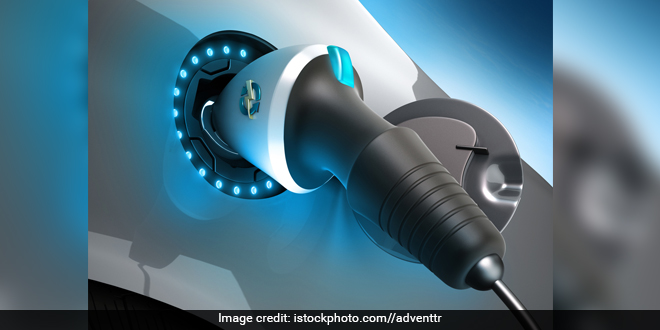 New Delhi: It was only a few minutes into her budget speech, that the Union Minister for Finance and Corporate Affairs, Nirmala Sitharaman, stated that the government is determined to push electric vehicles (EVs) as a means to reduce carbon emissions and fight air pollution. “This was very encouraging for the EV industry and shows how serious the government is in pushing for faster adoption of electric vehicles in the country,” said Naga Satyam, Executive Director, Olectra Greentech, manufacturer of Electric Buses. While the Finance Minister tabled the Union Budegt 2019 in the parliament, she declared that “Pollution free India with green Mother Earth and Blue Skies” is one of the ten visions of the central government for the decade and further laid emphasis on promoting environment-friendly zero-emission EVs.

The finance minister announced that the government is seeking a reduction in Goods and Service Tax (GST) from the current 12 per cent to 5 per cent, from the GST Council, in a bid to make EVs affordable. To further increase the popularity of EVs, there will be an income tax deduction of ₹ 1.5 lakh for interest paid on the loans taken to purchase electric vehicles. The Union Budget 2019 also included the proposal for custom duty exemption on import of specific components.

Commenting on the budget announcements, Sohinder Gill, Director General of Society of Manufacturers of Electric Vehicles (SMEV), a network of manufacturers of EVs and EV components said,

The announcements on Electric Vehicles (EVs) in the union budget 2019-2020 bring cheers to both consumers as well as e-vehicle manufacturers. To make India as an EV manufacturing hub, decision on incentivising EV manufacturing by extending tax benefits is a move in the right direction. It will help in the creation of a local manufacturing base and encourage component manufacturers to invest in the sector. Provision of additional income tax deduction on purchase of EVs would encourage customers to opt for EVs.

He also said that bringing down custom duty on lithium-ion cells to nil from the current 5 percent which would further cut down the cost of batteries and will help the local battery manufacturers to scale-up the business.

To some industry players, this Budget has come as a pleasant surprise as the announcements are more than what was being expected. Mr. Satyam said,

Initially, there were doubts in the minds of investors about the intentions of the Government in terms of EV industry, but the announcements made in the current year’s budget have definitely quelled their doubts. The Government made it amply clear that EV manufacturing is the next big thing in its vision.

Mr. Satyam pointed out that it is now the responsibility of EV industry to raise itself to the expectations of the Government and work towards localisation of EV production and research on making the technology better and cheaper.

Government has already moved GST Council to lower GST on EVs from 12 percent to 5 percent and the additional income tax reduction is a major boost for end consumers to purchase EVs. It is very encouraging to that the government addresses the concern of the upfront cost of purchasing electric vehicles.

Mr. Mehta further asserted that it has now become imperative that the EV and EV component manufacturers chalk out plans that allow the industry to scale up and meet the demand for compelling products to boost EV sales.

Rajan Wadhera, President, SIAM (Society of Indian Automobile Manufacturers), on the other hand, pointed out that while the auto industry is currently going through a difficult time due to low sales and pressure of upgrading vehicles to comply with Bharat Stage VI and its low emission standards, there have been no encouraging measures for boosting the auto industry. He said,

The measures announced today will certainly help in making EVs more affordable and attractive to the consumers, which is in line with the recommendations made in the Economic Survey. However, the auto industry which is currently going through a very difficult was expecting some form of a stimulus package in the Budget in line with what had been done by Government during the previous two similar slowdowns. It is disappointing that the finance minister has not recognized the distress in the auto sector and not come out with any kind of support or stimulus.