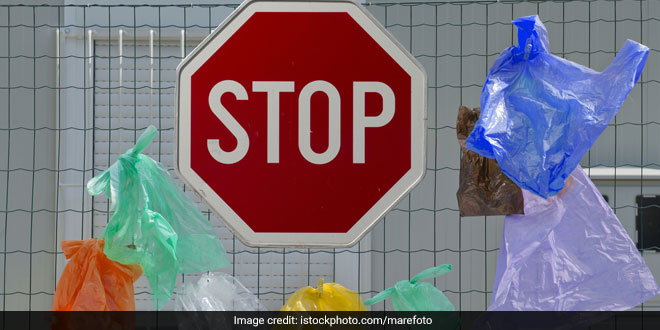 Agartala: As the country gears up to impose a nationwide ban on single-use plastic bags on the 150th birth anniversary of Mahatma Gandhi, the vegetable sellers in Agartala have joined hands to eliminate the use of plastic bags. These are vegetable vendors of Agartala’s Maharajganja-the biggest market of Tripura. Laxman Deb, a shopkeeper said, “We have begun an initiative to stop using plastic bags. We have strictly prohibited customers from bringing plastic bags and asked them to use eco-friendly bags while buying vegetables.”

The vegetable sellers here have taken a resolution to stop using single-use plastic bags and accordingly collected all plastic bags from the spot and destroyed them. Customers are also being urged by the vendors to carry eco-friendly bags for shopping.

Meanwhile, the government has called for efforts to ensure the proper collection and storage of plastic to save the environment.

A customer, Rajesh Dey stated that he will encourage others to carry bags from home. He said,

We will have to make it a habit of carrying bags from home and avoid plastics as the environment is degrading. The drainage system is getting blocked and there has been constant waterlogging.

Prime Minister Narendra Modi, who is leading efforts to scrap plastics by 2022, is set to launch a campaign that involves banning single-use plastic bags from October 2. This was declared by Prime Minister Modi during his address in ‘Mann Ki Baat‘ as he urged people and shopkeepers to eliminate the use of plastic bags completely.

‘The World Must Bid Goodbye To Single Use Plastic’: PM Modi Takes Forward The Campaign Against Plastic At UN Meet