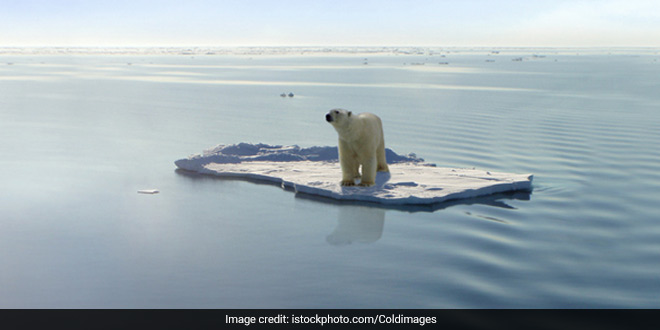 Glasgow: India, speaking on behalf of the BASIC group, on Monday warned that lack of a serious approach to climate finance will jeopardize the enhanced mitigation and adaptation ambition as well as net zero pledges of parties. India last week said that climate finance cannot continue at the levels decided in 2009 and emphasised that it expects climate finance of USD one trillion “at the earliest” in view of new commitments.

Richa Sharma, Lead Negotiator and Additional Secretary, Ministry of Environment for India, while delivering the BASIC (Brazil, South Africa, India and China) group statement at the joint stock take plenary at the 26th international climate conference here, said that clear timelines and milestones were required to determine the exact magnitude of the new finance goal.

Post 2020 mitigation ambition and net zero pledges require significantly enhanced climate finance. The exact magnitude of the new finance goal can be determined through a structured process, with clear timelines and milestones so that we have a new finance goal well before 2025, she said. It is a simple ask from many developing country parties. Yet, what we are getting is more workshops and in session seminars to discuss the new goal. BASIC would like to warn that lack of a serious approach to climate finance will jeopardize the enhanced mitigation and adaptation ambition as well as net zero pledges of parties, she said.

Ms Sharma said that in the interest of transparency and enhanced understanding, the BASIC countries also call for a mandate to SCF (Standing Committee on Finance) to work towards a multilaterally agreed, operational definition of climate finance. She stated that the planet will benefit from strong implementation of the Paris Agreement, particularly in this critical decade. Nations have responded to the ambition gap in mitigation with enhanced NDCs and net zero targets. Pledges and renewed commitments are on the table. We would not like to see the enhanced mitigation ambition meet the same fate as the pre 2020 climate finance ambition. It has been over a decade since the annual USD 100 billion pledge, and the world is still waiting for its mobilization and delivery, the statement said.

The 26th conference of parties to the United Nations Framework Convention on Climate Change (UNFCCC) has been underway at Glasgow, UK since October 31 with participation from nearly 200 countries.

It will conclude on November 12. Expressing its disappointment over the deliberations at the ongoing COP26 climate summit here, India has said that the global action on climate change is contingent on the delivery of timely and adequate financing from developed countries. In a statement at the Presidency Event 1st High-Level Ministerial Dialogue on Climate Finance at the 26th Conference of Parties (COP26) on Monday, India said the scope, scale and speed of climate finance have to increase considerably.

At the outset, we record our deep disappointment with the deliberations in the COP26 so far, developed countries must accept the historical responsibility and provide the financial resources to developing countries. The global action on climate change is contingent on the delivery of timely and adequate finance. Developed countries had taken a commitment in 2009 to mobilise USD 100 billion per year by 2020 for climate action by developing countries. The promise has not been met, said Chandni Raina, advisor, Department of Economic Affairs, on behalf of India.

She further said that scaling up mobilisation is pertinent given the huge gap between the requirement and the extent of mobilisation. It is imperative that developed country parties act decisively to deliver on their commitment to provide financial support a pre-condition for climate action by the developing countries. The scope, scale and speed of climate finance have to increase considerably, she said. India also said that the key criteria while determining these quantifiable contributions must reflect the commitments made in the convention.

The resources mobilised must be new and additional, climate-specific with an emphasis on public finance, it said. Considering the importance of adaptation for developing countries, the resource flow should be equally available for mitigation and adaptation. India on behalf of LMDC (like-minded developing countries) has submitted a position paper on the definition of climate finance which elaborates on the elements of climate finance as outlined by the Convention and the Paris Agreement. We would like this to be taken into consideration in a meaningful manner, the statement said.

We seek greater predictability and transparency in respect of the finance flows and believe that appropriate implementation of Article 9.5 of the Paris Agreement, including a clear outline of the elements that should go into assessing the climate finance provided, is critical, it said. COP21 decision mandates that before 2025, parties shall set a new collective quantified goal from a floor of USD 100 billion per year, considering the needs and priorities of developing countries. Our expectation from the COP is that it would put in place a structured process to arrive at an ambitious new collective quantified goal. Let us not forget that global climate action rests on the shoulders of means of implementation.

It is 2021 now and we need a road map on arriving at a consensus on this mandate by 2023. However, the view of the developed countries to have ‘in-session workshops and seminars’ on the matter with questions being raised on who the resource providers would be is a matter of concern, the statement said. Referring to a recent IPCC report on global warming, Raina said that it brings out the deep crisis the world is in and the corresponding declarations of developing countries to reach net-zero emissions is based on the understanding and trust that the financial resources will flow to the developing countries.