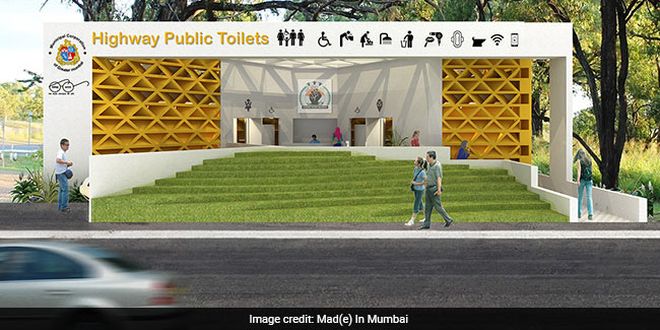 Also Read: Solar-Powered And Self Sustainable, These Are The Toilets India Needs In Metro Cities

During their investigation of the five public toilets in Mumbai, they observed that some are better maintained than others, some don’t have water supply, some lacked space for caretakers of the toilets, some had fake windows painted on walls (actual windows for ventilation were missing), and many just had hoarding of political party slogans. 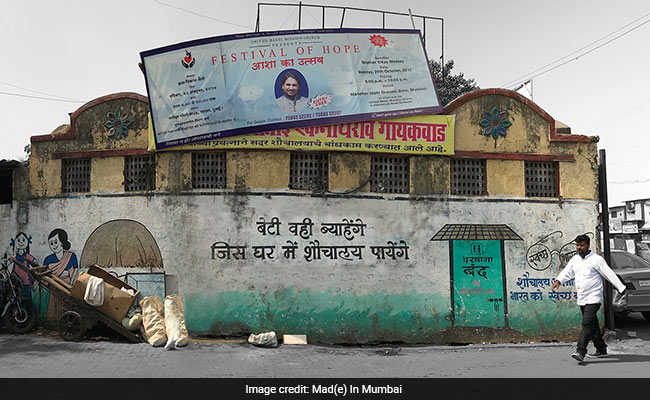 A public toilet with hoarding of political party slogans

In conclusion, each of the public toilet facility we visited, from within, was just a box – often poorly lit and ventilated, and low on maintenance. What is fundamentally wrong with our toilets is the way we think about them… people have the habit to look at public toilets as something dirty. There is a social stigma attached to them, which eventually affects their upkeep. Through the ‘Toilet Manifesto’ project, we want to break this stigma. said Mayuri Sisodia, the co-founder of Mad(e) In Mumbai.

“In a city like Mumbai, where we spend so much time outside our homes, why not think of toilets as refresher rooms? What if you could use a public toilet to wash your face, or even change? Such questions flooded my mind, and I wanted to get an answer for these” she added. 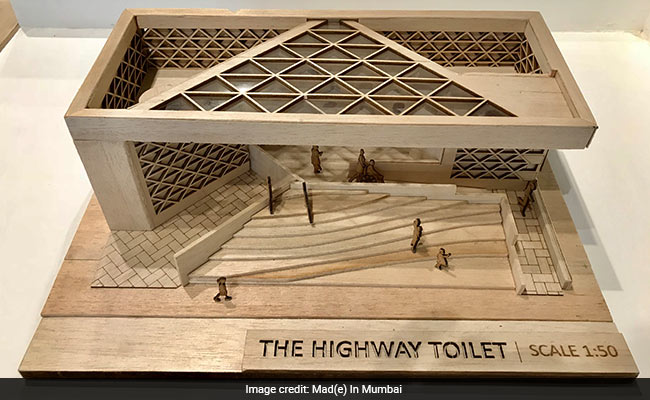 The highway toilet concept made by Made(e) In Mumbai architects

“We travel long distances to work and back but there is no infrastructure available to absorb our requirements. For instance, on a highway, you don’t want to only use the toilet, you might want to freshen up and change, or charge your phone, yet the toilets never address these needs,” she elaborates.

Based on these observations, the firm then designed a holistic framework through which architecture of public toilets could be integrated with its community and environment where these are located. The framework, designed for the agencies (government organisations, NGOs) involved in the construction of the public toilets, sets up a pool of parameters such as sanitation technology, recycling systems, construction method, affordability, maintenance model, operational cost, maintenance cost, delivery model etc.

We looked at using materials – from lightweight to tensile structures, hybrid variations of steel and wood and wattle (lightweight construction material made by weaving thin branches) based on the typography of the public toilet site. The reinforced cement concrete need not be the only solution, Mayuri Sisodia added.

As part of this framework, the firm then developed ten types of socially sustainable public toilets for the cities and villages, including for bus stops, parks, railway stations, anganwadis, and highways. 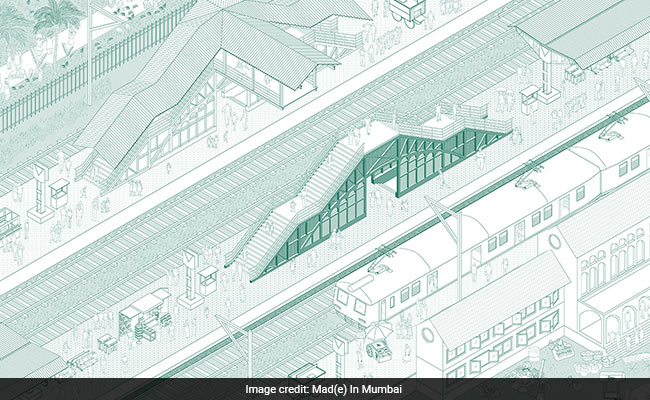 Model of a public toilet at railway station, where the toilet is tucked under staircases

In a railway station, for instance, quite often the toilets are on the platform. We wondered if these could be tucked under staircases, with a bit of structural tweaking, so that they don’t take up space. Likewise, we suggested that toilets in parks are kept to the periphery where the connection with the street or city is there to ensure safety and people on the move can also utilise the facility, she further added.

For the pavement, the firm recommends toilets a level beneath the road surface. The model is inspired by public facilities in London, where flights of stairs seamlessly descend to a level below, leading to toilets. And for the slum, the public toilet facility should involve an amphitheatre like set-up with toilets at the basement. 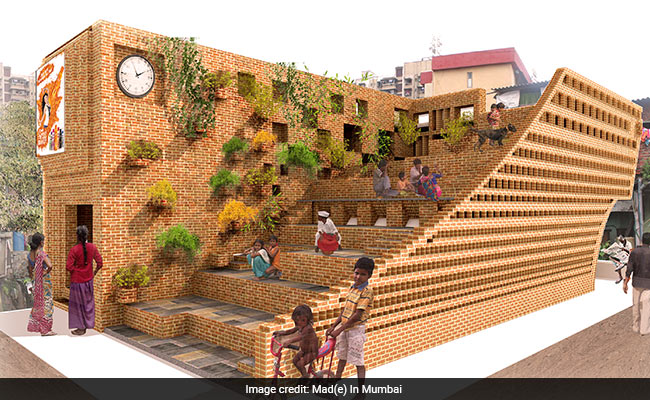 When asked about solution to maintenance of public toilets, which often mar the best of intentions, Mayuri Sisodia answered:

Apart from community participation, self-cleaning and mass-flushing technologies can go a long way in the upkeep.

Practical implementation of this project

In 2015, the firm participated in a competition to design public toilets, organised by Municipal Corporation of Greater Mumbai under its Slum Sanitation Programme. After seeing their competition entries, Pratha Samajik Sanstha, an NGO that works in sustainable sanitation, commissioned the architects to build three model toilets along the Eastern Express Highway under the Swachh Bharat Abhiyan campaign. Based on their work, the firm in 2017 was selected as one of the top 20 Social Innovators for 2016 by the Ministry of External Affair and Niti Aayog.

Recently, the Rajasthan Chief Minister Vasundhara Raje saw an exhibition of our work at Jawahar Kala Kendra in Jaipur. She understood our work and also invited us to design modern, public toilets in the state. After several rounds of meeting, surveys and discussions on revenue models and maintenance strategies, we were commissioned to construct five types of toilets – pavement, highway, bus stop, urban plaza and park – across seven cities – Jaipur, Udaipur, Bharatpur, Jodhpur, Kota, Bikaner and Ajmer, she said.

Also Read: How Installation Of Solar-Powered Lights In Toilets Is Helping Towards Sustained Usage Of Toilets Among People In Ranchi