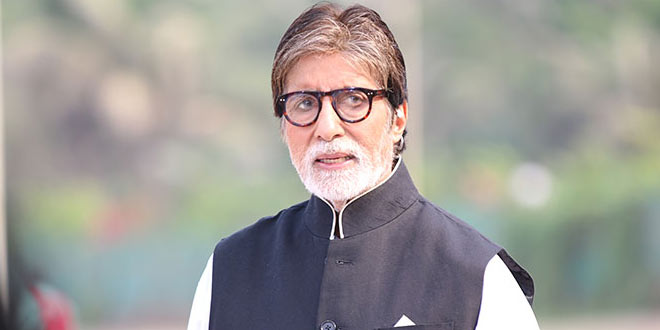 New Delhi: ‘We need a sensitive, a poetic word for Manual Scavengers, something like ‘divyaang’. A word that gives the dignity of these people,’ said Campaign Ambassador Amitabh Bachchan during 12-Hour NDTV-Dettol Banega Swachh India campaign in a bid to spread awareness about this inhuman practice that persists despite being against the law and the need to restore dignity and rehabilitate the people still engaged in this menial job.
Mr Bachchan then took to his blog asking for suggestions to describe those engaged in this job. The blog published on October 4, took the discussion that started during the Banega Swachh India Cleanathon further, as Mr Bachchan wrote,

One of the issues that had come up recently was disturbing..the Manual scavengers that was talked of during the NDTV Cleanathon@5. Last night the issue of the ‘manual scavenger’ was most disheartening and hurtful to hear. They are given the most unbearable workstations of cleaning up the sewers of the city, sending them down the drains containing the sewage and the filth of the city without as much as a basic equipment to execute their job. They face disease, dangerous gases and have perished in numbers..not just that, their living conditions do not give them the dignity of their labour, nor are they accepted in society as one of us; caste distinctions, alienation and health issues, not getting opportunity to work and jobs, associating with them as a society.. are all issues that these poor men had to go through.

He further wrote about his decision to contribute 50 machines during the Cleanathon to help the sanitation workers’ job and also not require them to physically step into the sewers.

On finding out that there were machines available to clean-up sewers, it was of immense wonder why the machine were not being used..So on finding out the costs of each machine, knowing where personnel could be trained to teach them how to use them and to prevent the workers from manually going down sewers was the debate, I made a contribution of 50 such machines to be bought and put to use immediately so we can save lives and save the indignity of these workers.

The actor also asked people to help him with the name suggestions for Manual Scavengers, he said,

I am also in the process of trying to design a word to describe them, without sounding menial. So, I shall welcome any suggestions for them, which portray dignity and respectability. It’s like we no longer address the physically handicapped, we call them ‘differently abled’, in Hindi they are addressed as ‘viklaang’, we now have a more dignified name for them ‘divyaang’. I would wish for a dignified name for manual scavengers as well and I expressed it publicly in the TV Cleanathon last night as well.. and I do hope we get some good results.

Mr Bachchan in the end notes also applauded NDTV’s effort to spread the word about cleanliness, sanitation and many other issues in his blog. He added,

“15 hrs of non-stop TV Cleanathon for the cause of Swachch India.. and a most rewarding day..touching upon several issues, applauding various others that have dedicated their lives and time and energy to take this most essential mission forward. So much to do and not much time left, but initiatives are the harbingers of any movement and a beginning made never does become futile.. and NDTV-Cleanathon is one such example..” 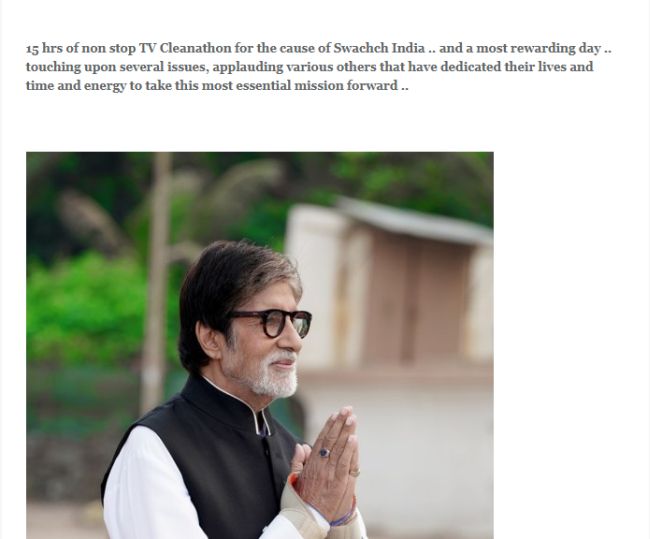 Mr Bachchan, as the campaign ambassador has been part of all Banega Swachh India 12-hour Cleanathons held every year on October 2 for the last five years now.

T 2950 – Just back from NDTV Dettol Cleanathon@5 , after 15hrs of non stop Tv presence and getting people involved in the cleanliness drive of the nation .. pic.twitter.com/dTJ3dLjzpE

Recently during an interaction with Prime Minister through a video conference at the launch of 15-day cleanliness initiative Swachhata Hi Seva, Mr Bachchan encapsulated the five-year efforts of the NDTV-Dettol Banega Swachh India to spread awareness about sanitation, health and hygiene and further the cause of the Swachh Bharat Abhiyan. From raising funds to build toilets to getting people pledge volunteering hours for clean-up drives and as part of the #Mere10Guz initiative, which pushed the idea that if everybody cleaned up just 10 yards of their surroundings then India would become clean.