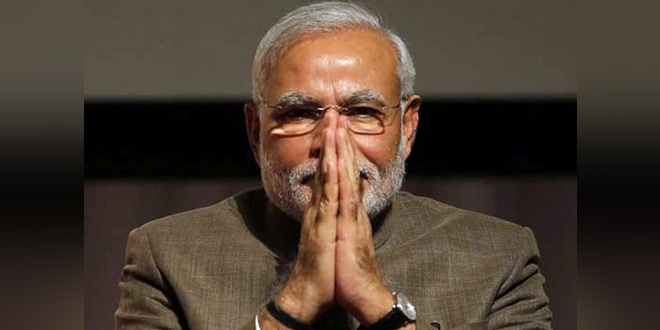 New Delhi: “Care for the environment is a part of our culture and ethos,” responded Prime Minister Narendra Modi to one of his Twitter followers who praised the PM’s leadership and initiatives to achieve the UN sustainability goals. PM Modi’s response comes after the Twitter user shared a video of his speech where he can be heard elaborating on the country’s leap towards clean energy.

In the speech, PM Modi describes the benefits of clean energy for the present as well as future generations. He gave details about the country’s access to city gas distribution and to clean energy. He also mentions the increase in the number of Compressed Natural Gas (CNG) stations in the country, which has increased from 947 to over 1470 in past four years.

“Under your leadership India will meet and exceed UN sustainability goals and will lead the world making it a cleaner and greener planet. Kudos, so proud India is shattering new records and taking responsibility for environment. When lot many developed nations have backed out,” Tweeted the user.

To which, PM Modi responded with – “Care for the environment is a part of our culture and ethos. India is ready to do everything possible for a cleaner and greener tomorrow.”

Care for the environment is a part of our culture and ethos. India is ready to do everything possible for a cleaner and greener tomorrow. https://t.co/Ag3jTuF9kT

PM Modi’s initiatives have also been noticed by the United Nations, as they bestowed him with the ‘Champions of Earth’ award at the International Solar Alliance 2018, for India’s efforts to eliminate single use plastic from the country by 2022. The award is considered to be UN’s highest environmental honour and is awarded to outstanding leaders from government, civil society and the private sector whose actions have had a positive impact on the environment.

“In a written message, Japan Prime Minister Shinzo Abe said that Japan will cooperate with India, which promotes the Clean India initiative under Prime Minister Modi’s leadership,” Ministry of Drinking Water and Sanitation had said in a statement last month.

Swachh Bharat Abhiyan has witnessed significant achievements since it kicked off in 2014 with the sanitation coverage has moved up from 38 per cent to a whopping 96 per cent. India also saw nearly 9 crore toilets being constructed, and more than 5 lakh villages, 530 districts, 25 states and Union Territories have achieved the open defecation free (ODF) status.

Ludhiana’s Police Stations To Have Separate Toilets For Women, Finally!