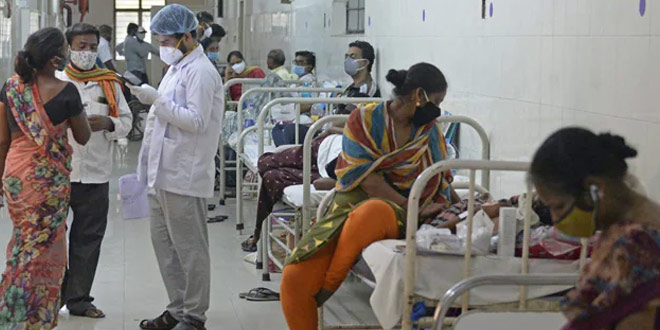 New Delhi: National Health Authority (NHA) estimates for 2017-2018 clearly show that there has been an increase in the share of government health expenditure in the total GDP (Gross Domestic Product) of the country. It has increased from 1.15 per cent in 2013-14 to 1.35 per cent in 2017-2018, informed the Ministry of Health and Family Welfare on Monday (November 29).

The official release stated, “The 2017-2018 NHA estimates not only show government expenditure on health exhibiting an increasing trend but also growing trust in the public health care system. With the present estimate of NHA 2017-18, India has had a continuous Time Series on NHA estimates for both government and private sources for five years since 2013-2014. These estimates are not only comparable internationally, but also enable the policymakers to monitor progress towards universal health coverage as envisaged in the National Health Policy, 2017.”

The nature of the increase in the Government’s health sector is also moving in the right direction as more emphasis has been given to primary healthcare. The share of primary healthcare in current government health expenditure has increased from 51.1 per cent in 2013-14 to 54.7 per cent in 2017-18. Primary and secondary care accounts for more than 80 per cent of the current Government health expenditure.

As a per cent of total health expenditure, the increase is from 6 per cent in 2013-14 to around 9 per cent in 2017-2018. The findings also depict that the foreign aid for health has come down to 0.5 per cent, showcasing India’s economic self-reliance. The government’s efforts to improve public health care are evident with out-of-pocket expenditure (OOPE) as a share of total health expenditure coming down to 48.8 per cent in 2017-18 from 64.2 per cent in 2013-2014. Even in the case of per capita OOPE there has been a decline from Rs.2336 to Rs.2097 between 2013-14 to 2017-18. One of the factors attributing to this decline is the increase in utilisation and reduction in the cost of services in government health facilities. If we compare NHA 2014-15 and 2017-18 there has been a decline in OOPE for government hospitals to the tune of 50 per cent.

Explained: What Are The Symptoms Of Omicron, A Variant Of Concern

World AIDS Day 2021: What Are The Different Types Of Tests Done For HIV?