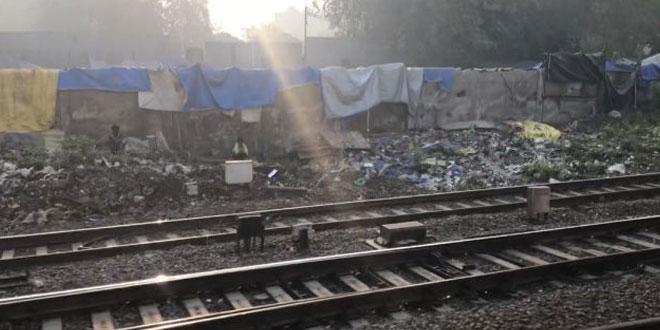 New Delhi: The Supreme Court has taken note of “heaps of plastic bags and garbage” lying on both sides of railway lines in outer Delhi region and asked the Delhi government, civic bodies and Environment Pollution (Prevention and Control) Authority to make a concrete plan for its removal. Terming the situation as “pathetic”, the apex court took cognisance of this issue and said steps have to be taken on a “war footing basis” so that no such garbage is dumped on the sides of railway lines in future.

A bench of Justices Arun Mishra and Deepak Gupta directed that a joint meeting be held by all stakeholders and a comprehensive action plan and time-frame be placed before the court. The bench said in its February 28 order,

We take judicial notice of the fact that by the sides of the railway lines in outer Delhi region, heaps of plastic bags and garbage are lying on both sides and people living in the slums. The situation is pathetic. We request EPCA, Government of NCT of Delhi and various municipal corporations to make a concrete plan for removal of the plastic bags, garbage and other waste materials lying on both the sides of railway lines for several kilometers together.

The apex court also asked the authorities to consider whether any incentive could be provided for collection of plastic bags as done in Himachal Pradesh, which provide Rs. 75 per kg for such collection. The bench said,

What steps are to be taken in this regard be culled out within 15 days. Let a joint meeting be held by all the stake holders and a comprehensive action plan and the time frame be submitted to this court.

This issue cropped up before the apex court which is hearing matter related to pollution in the Delhi-national capital region (NCR).