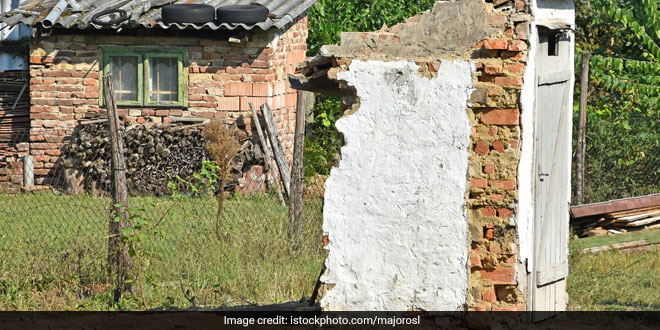 New Delhi: Famous for its ancient temple architecture and silk sarees, Tamil Nadu’s Kanchipuram district had a low sanitation coverage of 55.96 percent in 2014, the year when Swachh Bharat Abhiyan was launched. Over the years, the district officials constructed over 1.8 lakh (1,81,166) toilets to make the district open defecation free (ODF) on February 27, 2018. Understanding that the sustainability of the ODF district can only be guaranteed by continuous monitoring, the district officials started surveying the villages to check in case people are going back to defecating in the open. This exercise turned fruitful as the officials managed to figure out that there were around 3326 toilets that were dysfunctional or say – fully damaged.

“It was disheartening to see that some people have not taken care of their toilets and accepted to go back to the unhygienic and filthy habit of open defecation,” said one of the district officials.

To make Kanchipuram open defecation free, we not only constructed over 1.8 lakh new individual household toilets but also repaired around 5000 dysfunctional toilets. But post the completion of an on-ground survey in April, we observed that there were additional 3,326 dysfunctional toilets… some had damaged walls and roofs with broken floors; others were being used as store rooms, while the majority of the toilets had faulty septic tanks. In some areas like Kundrathur, St. Thomas Mount and Thiruporur, almost all toilets were fully damaged. The problem of dysfunctional toilets, which in turn pushes people towards defecating in the open, hampers our dream of a swachh Kanchipuram. Understanding that such condition of the toilets will eventually affect the district’s ODF sustainability, the top district officials decided to make it functional at the earliest, said Sankar N, Zilla Swachh Bharat Prerak, Kanchipuram.

To ensure the toilets get repaired, become functional and people can use them, the district officials motivated the people to repair their toilets using their own funds. However, those who were financially not capable enough to bear the repair costs were provided financial assistance through the local Self Help Groups (SHGs), which actively engaged private companies to construct new toilets for them.

Such construction work was monitored by the SHG leaders and other Swachh Bharat Abhiyan officials. Now that these toilets are repaired, the officials have appointed a number of swachh motivators or swachhagrahis, who are working round the clock to ensure that those toilets are being used on a regular basis. They also educate people about the health hazards of open defecation by discussing the link between open defecation and diseases such as diarrhea, cholera and stunted growth of children, and even motivate the people to never go back to the practice of open defecation, Mr Sankar further added.

To sustain the practice of healthy sanitation and to keep the Swachh Bharat mission up and running in the district, the officials over time have taken up a number of initiatives. In May, the officials issued sanitation cards to monitor the regular use of toilets in rural areas, and even formed ODF Sustainability or Swachh Committees in the district, block and panchayat levels with defined roles to ensure that people keep using toilets.

Waste To Energy: This Chennai College Uses Vegetable Waste To Replace LPG Cylinders With Biogas In Its Canteen