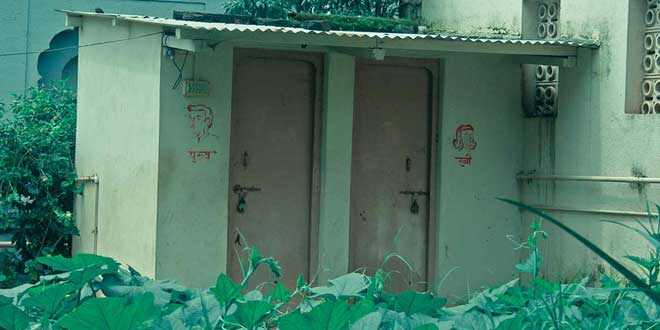 Ahmedabad: Despite being declared Open Defecation Free (ODF) months ago, Gujarat still needs lakhs of toilets in rural households, according to an RTI reply. In Dahod, as of May-June this year, 1.40 lakh families are yet to get toilets under the ‘Swachh Bharat Mission-Gramin’ scheme, the district administration revealed in reply to the application filed by RTI activist Hitesh Chavda. The district administration has also said that 17,874 families in Vadodara, 26,687 in Chhota Udepur, 14,878 in Kutch, 34,607 in Sabarkantha, 27,180 in Patan, 19,526 in Mahisagar and 21,320 in Amreli districts do not have toilets inside their houses.

However, officials have said that such requirements are expected to come up every year because of the branching out of families into separate units. The Gujarat government spent Rs. 2,893 crore on construction of over 32 lakh toilets since 2014, after the Union government’s Swachh Bharat scheme was launched. Of this, Rs.1,778.96 crore was sanctioned by the centre, the state rural development department said in the reply.

Toilets will have to be constructed for many more years before every rural household gets its own facility, rural development department commissioner and secretary Mona Khandhar told PTI. “As new families get formed, adult daughters, sons get married, brothers get separated, and they have separate homes. So, this kind of requirement is expected,” she said.
The government expects that every year there will be new requirements for 3 to 5 per cent of total rural households, which will be about two lakh or so, Ms Khandhar said. “Over a period of time it may reduce to one lakh, but we are expecting this requirement and have also made arrangements for the additional requirement,” she added.

The Gujarat government sanctioned construction of one lakh additional toilets in rural areas this year after the state was declared ODF, she said. Ms Khandhar said her department along with the World Bank and the Quality Council of India will monitor implementation of the government’s project to ensure that there are no lapses.

The Union government had informed the Lok Sabha in February this year that 11 states, including Gujarat, have been declared ODF under the Swachh Bharat Mission. However, recently, the Comptroller and Auditor General (CAG) had said the government’s claim of Gujarat being Open Defecation Free appears to be wrong, as many rural households were found to have no toilets. In a survey conducted in eight districts, nearly 30 per cent of houses were found to have no toilets.