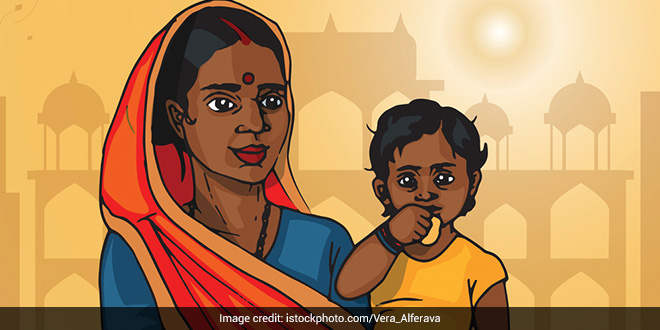 NDTV-Dettol have been working towards a clean and healthy India since 2014. As the campaign moves forward into the eighth year, the many strands of action and narratives that have been building over the last seven years of Banega Swachh/Swasth India, all come together as seamless, inter-connected in Season 8. Our world has never been more connected, we have never been more connected. The COVID-19 pandemic has made it clear that for one person to be healthy, everybody needs to be healthy. Either we are all healthy, or we are not. Even a single person’s ill-health makes us all susceptible and at risk.

This means we need to take care of, and consider, everyone’s health in India – especially vulnerable communities – the LGBTQ population, indigenous people, India’s different tribes, ethnic and linguistic minorities, people with disabilities, migrants, geographically remote populations, gender and sexual minorities. We need to be inclusive, ensuring their meaningful participation in decision making along with enabling and empowering them. And good health is where it all starts.

Along with the health of our people, we need to also take care of the health of the eco-system. Our environment is fragile due to human activity, that is not only over-exploiting available resources, but also generating immense pollution as a result of using and extracting those resources. The imbalance has also led to immense biodiversity loss that has caused one of the biggest threats to human survival – climate change. It has now been described as a “code red for humanity.”

Unless the actual living planet is healthy, we won’t be healthy.

With this inter-dependency of humans and the environment, and of humans on one another, this campaign will focus on One Health, One Planet, One Future – Leaving No One Behind, because we simply cannot afford to any longer.

Key Focus Areas Of The Campaign In Season 8

Pandemic and its challenges

Reckitt’s Commitment for a better future

In season 1, campaign’s Swachh bus travelled across 350 villages in 7 states, to educate people on the importance of sanitation, toilets and proper handwashing techniques. We raised Rs 280 crores to build and maintain toilets across India’s villages.

In season 2, the campaign introduced the ‘Swachhata Ki Paathshala’ with campaign ambassador Amitabh Bachchan and created a Hygiene Curriculum to encourage children to follow proper hygiene from a young age.

In season 3, with #Mere10Guz, the campaign focused on personal hygiene, and the idea of each individual being responsible for keeping their immediate surroundings clean.

In season 4, the campaign retained all our agenda from previous seasons at the core, in addition to focusing on clean, compost and waste segregation drives at individual and policy levels.

By season 5, the focus moved to air pollution. The campaign created a clean air agenda with the help of doctors and experts. Another pivot was the conversation around manual scavenging and the efforts to eradicate it.

In season 6, Swachh became Swasth because a clean India, is a healthy India. The focus in this season was on healthy mothers, healthy children, and nutrition for all. The campaign also curated and distributed a medically approved ‘Swasth Kit’ for mothers & infants during the critical 1,000 days.

In season 7, the campaign identified the three pillars of a healthy nation – health, sanitation & hygiene, and environment. In the immediate aftermath of the COVID outbreak, with regular handwashing declared the best bulwark against Coronavirus, the wheel came full circle on the conversations around hygienic practices that Banega Swachh India had started right from the first year.

One Health, One Planet, One Future As The Theme, NDTV-Dettol Banega Swasth India Campaign Moves On To Season 8

About The Campaign Ambassador – Amitabh Bachchan