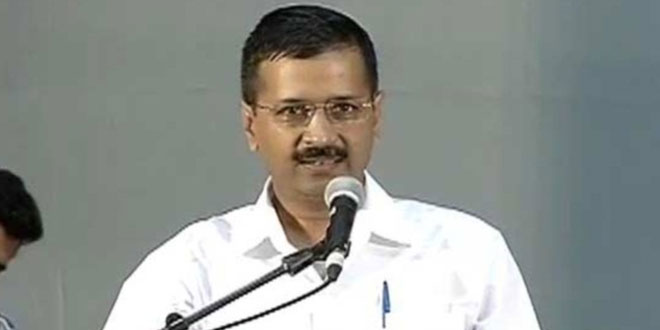 New Delhi: Delhi Chief Minister Arvind Kejriwal indicated that Odd-Even scheme that regulates the vehicular traffic on road to check air pollution, may make come back if the need arises. Delhi-NCR (National Capital Region) woke up to a cold foggy Christmas morning, the fourth consecutive day of ‘severe’ air pollution level. According to the System of Air Quality and Weather Forecasting And Research (SAFAR), Delhi-NCR is facing its highest pollution level since Diwali. Pollution in the NCR has reached alarming levels and is unlikely to improve significantly over the next week also. A further dip in minimum temperatures is expected to send the pollutants in the air soaring, said SAFAR.

We’re taking a number of steps like tree-plantation drives and buying 3,000 buses etc. We sanctioned one of largest metro phases yesterday. If the need arises, we’ll implement the odd-even scheme to regulate plying of private vehicles in the city.

The odd-even scheme is a part of the Graded Response Action Plan (GRAP), emergency measures implemented in phases to combat air pollution. The scheme was first introduced in Delhi in 2015.

He further said that that each individual has to play a role in reducing pollution to combat air pollution. He said,

The state government is making all efforts on its part but we all have to be participants in reducing pollution from the environment.

Mr. Kejriwal asserted that his government has urged the Union government to call a meeting of neighbouring states as “air has no boundary”. He said,

In October and November, there are around 20-25 days when pollution level increases in Delhi due to stubble burning (in neighbouring states). Until the Centre takes steps, nothing can be done.

Delhi, ranked among the world’s worst cities in air quality, has been recording severe levels of air pollution since Saturday. The Air Quality Index (AQI) recorded by the Central Pollution Control Board (CPCB) was 421 on Saturday, while the safe limit is 100. On Sunday, the national capital recorded its second-highest pollution level this year with an AQI of 450. On Monday it was 448 and on Tuesday the AQI of Delhi recorded by CPCB was 409 at 4pm.

The agencies concerned have also been asked to ensure strict action against illegal industries and make all efforts to control polluting activities, particularly waste burning.

In a health advisory, SAFAR has recommended frequent wet mopping and has asked citizens of Delhi not to rely on common dust masks for protection and use N-95 or P-100 respirators only for outdoor activities. The agency has advised people to avoid all outdoor activities, such as taking walks. It said,

If the room has windows, close them, if the air conditioner provides a fresh air intake option then choose it, avoid burning anything such as wood, candle or even incense.

(With Inputs from PTI)