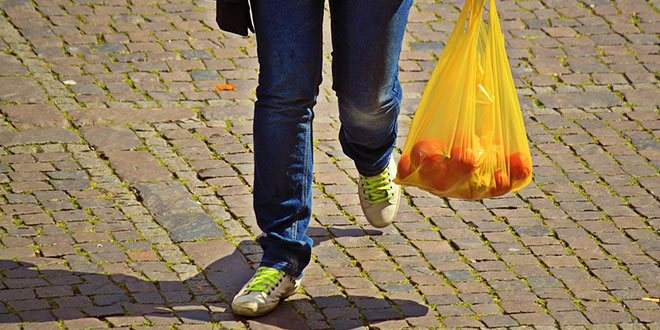 Mumbai: With an aim to cutdown the rampant usage of plastics in our everyday life, the Department of Technical Education (DTE), Karnataka has now banned all kinds of plastic items in engineering colleges and polytechnics, including all government, aided and private ones. Under the ‘No Plastic Policy,’ the state in an official notification has directed the authorities to disallow usage of plastic in its premises from this academic year starting July 7. Technical institutes have been asked to draw up a plan in this regard and help the students in making the switch to plastic alternatives.

Also Read: Tirupati To Impose A Ban On Plastic On Rashtriya Swachhta Diwas This Year

The decision was taken after the officials of DTE witnessed a disturbing scenario. At a recently held event in one of their government colleges, plastic cutlery like spoons, cups and plates generated filled nearly half a truck. On seeing this, the officials immediately summoned a meeting and decided to ban plastic.

“A lot of plastic waste was generated in the form of cups and plates used to provide lunch to the students and college staff. We do not want to have another incident like this in future and hence plastic is banned in all the colleges and schools under DTE. Through this move, we aim to increase understanding of the plastic pollution problem among students,” said H.U. Talwar, Director of DTE.

As per the notification, college authorities will have to replace plastic cups and glasses at canteens and hostels with steel ones. Use of plastic packaged drinking bottles is also banned. The ban on plastic also extends to events and functions such as graduation day and annual day.

There is a total of 81 government Polytechnics, eleven engineering colleges and six junior technical schools under the jurisdiction of DTE. Around two lakh students, 2,900 teaching staff and 1,300 administrative and workshop staff fall under DTE. Everyone will be asked to refrain from carrying plastic items like bottles, tiffin boxes, etc to college and schools. The department has asked all the authorities to display the notification on notice boards.

Meanwhile, the students will be asked to invent or introduce plastic alternatives through competitions and workshops. In addition, the college staff will keep a strict vigil on students and will carry out surprise checks. By end of this academic year if any college fails to adhere to the rules, a showcause notice will be sent by the technical department.

In May this year, University Grants Commission (UGC) committed itself towards the beating plastic pollution and directed all the universities and higher educational institutes to ban the usage of single-use plastics on campus including the usage of take-away plastic cups, lunch wrapped in disposable plastic packaging, straws, bottles, disposable food-service cups and plates, and plastic bags on their campuses.