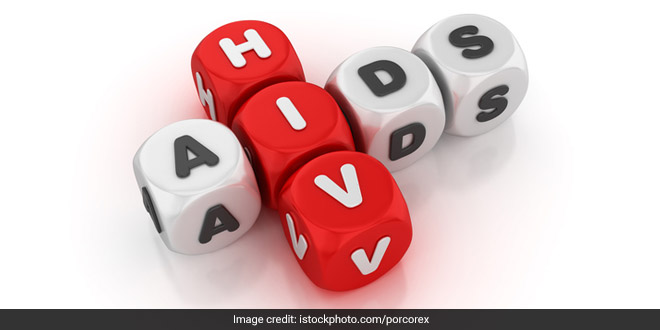 New Delhi: HIV continues to be a major global public health issue, having claimed 36.3 million lives so far. 37.7 million people are estimated to be living with HIV in 2020, according to the World Health Organisation (WHO). According to the experts, early diagnosis and treatment of HIV can prevent it from taking the shape of AIDS. But what’s the difference between HIV and AIDS? How to detect it? On World AIDS Day, marked every year on December 1 to raise awareness and educate people about this major public health issue, here are five frequently asked questions (FAQs) about HIV and AIDS.

What is the difference between HIV and AIDS?

On the other hand, the most advanced stage of HIV infection is Acquired Immunodeficiency Syndrome (AIDS), which can take many years to develop if not treated, and varies among individuals. AIDS is defined by the development of certain cancers, infections or other severe long-term clinical manifestations, states WHO.

Also Read: Living With HIV For 21 Years Turned This Homemaker Into An Activist

How do people get HIV infection?

As per NACO, HIV can be transmitted through:

Importantly, HIV doesn’t spread through ordinary social contact; for example, by shaking hands, traveling in the same bus, eating from the same utensils, by hugging or social kissing.

Additionally, as per WHO, people with HIV who are taking antiretroviral therapy (ART), the primary treatment for HIV and are virally suppressed do not transmit HIV to their sexual partners.

What are the symptoms of HIV?

The symptoms of HIV vary depending on the stage of infection. Though people living with HIV tend to be most infectious in the first few months after being infected, many are unaware of their status until the later stages, states WHO and adds, in the first few weeks after initial infection people may experience no symptoms or an influenza-like illness including fever, headache, rash or sore throat.

Since HIV affects the immune system, in the long run, people can develop other signs and symptoms like swollen lymph nodes, weight loss, fever, diarrhoea and cough. Without treatment, they could also develop severe illnesses such as tuberculosis (TB), cryptococcal meningitis, severe bacterial infections, and cancers such as lymphomas and Kaposi’s sarcoma.

Also Read: World AIDS Day 2021: What Are The Different Types Of Tests Done For HIV?

Is there a treatment available for HIV/AIDS?

While there is no cure, effective Anti-Retroviral Treatment (ART) drugs are available which can prolong the life of an HIV-positive person, thus enhancing the quality of life as well.

Importantly, current ART does not cure HIV infection but highly suppresses viral replication within a person’s body and allows an individual’s immune system recovery to strengthen and regain the capacity to fight off opportunistic infections and some cancers, says WHO.

A patient has to take lifelong treatment once initiated on ART. It is freely available at ART centres across India, as per NACO.

Since 2016, WHO has recommended that all people living with HIV be provided with lifelong ART, including children, adolescents, adults and pregnant and breastfeeding women, regardless of clinical status or CD4 cell count (number of white blood cells in the body). By June 2021, 187 countries had already adopted this recommendation, covering 99 per cent of all people living with HIV globally.

How is Tuberculosis linked to HIV?

The NACO clearly states that HIV is the strongest risk factor for tuberculosis (TB) among adults. Tuberculosis is the most prominent opportunistic disease to develop amongst persons infected with HIV.

HIV debilitates the immune system increasing the vulnerability to TB and increasing the risk of progression from TB infection to TB disease. People with TB are also susceptible to HIV infection. TB is entirely curable with a full course of treatment, which is freely available up to the Primary Health centres, including ART centres in the country, explains NACO.

Omicron Variant Does Not Escape RT-PCR And RAT, Centre Tells States As It Asks Them To Ramp Up Testing