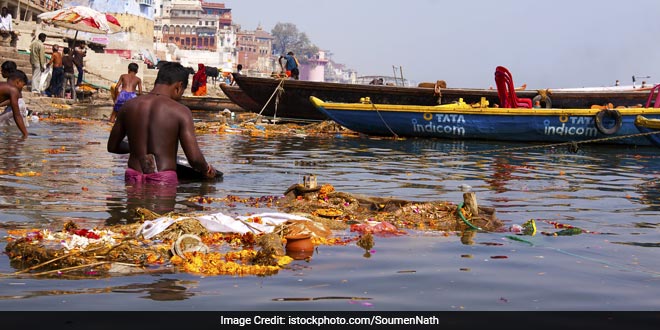 New Delhi: The draft Bill for protection of the Ganga has suggested provisions like having an armed force with the power to arrest those who pollute the river, and imprisonment and fine for offences varying from commercial fishing to construction of illegal structures in active flood plains, an official said. The draft bill, which has been circulated to different ministries for consultation, envisages constitution of National Ganga Council and a National Ganga Rejuvenation Authority to enforce the law, another official said.

According to the draft bill, the official said, the GPC personnel will be provided by the Ministry of Home Affairs and will be deployed by the National Ganga Rejuvenation Authority.

The draft says the existing environmental laws are not adequate to restore and protect the 2,500-km-long river. The Bill has listed out a list of offences marked as cognisable. These include construction activities causing obstruction in the river, withdrawal of ground water for industrial or commercial consumption from the land fronting the river and its tributaries; commercial fishing or aqua culture in the river and its tributaries; discharging untreated or treated sewage into the river.

In 2016, a panel headed by retired judge of the Allahabad High Court, Justice Girdhar Malviya, had submitted a draft Bill named ‘The National River Ganga (Rejuvenation, Protection and Management) Bill, 2017’. Subsequently, a four-member panel was set up by the government to examine that and the ministry has circulated a Cabinet note which includes a revised version of that draft Bill.

Related Topics:
Ganga Cleanup
Up Next