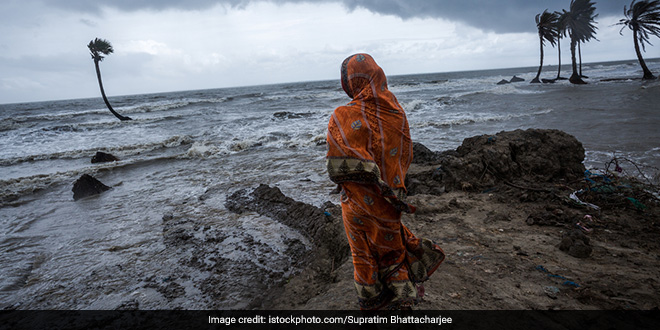 New Delhi: COP 26, or the biggest and the most important climate conference on the planet, is on at Glagow currently. Since 1995, the United Nations has held an annual summit, bringing together representatives from over 190 nations across the globe, that have signed up to the United Nations Framework Convention on Climate Change in 1992. For the conference, politicians and key policymakers get together to discuss climate targets and progress on reducing emissions and it is formally known as a “Conference Of the Parties” or “COP”.

The official agenda of the two-week meeting is to finalise the rules and procedures for implementation of the Paris Agreement, which was supposed to have been completed by 2018.

According to Union Environment Minister, Bhupender Yadav, climate finance will be the primary focus for India at the conference. In an interaction with the media ahead of the international climate conference to be held from October 31 to November 12 in Glasgow, the minister said it is yet to be determined which country will get how much financial support to combat the global climate challenge.

There are many issues which will be on the table but the most vital will be to remind the developed nations to deliver on their promise of $ 100 billion per year to the developing countries, he said.

At the United Nations Climate Summit in Copenhagen in 2009, the developed nations had pledged to provide $100 billion a year to the developing nations to help mitigate climate change and it is yet to be delivered. The amount has now accumulated to over $1 trillion since 2009. Elaborating on the issue, Environment Secretary R P Gupta said that the amount to be received by India is yet to be ascertained.

Mr Gupta also said that besides fulfilment of climate funding, India expects the developed nations to compensate for the loss and damage expenditure borne by the country due to climate change and global warming as the developed world is responsible for it.

The severity and the frequency of floods and cyclones have increased and it is because of climate change. The 1.5-degree Celsius temperature rise globally has happened because of the developed nations and their historical emissions. There should be compensation for us. The developed nations must bear the expenditure of the damage because they are somewhere responsible for it, Mr Gupta said, adding that India is hopeful of a good outcome at the COP 26.

India historically stands at 4.5 per cent total emissions and to make it actually work, developed countries should do it before 2050. There should be a compensation mechanism and the expenditure should be brought by the developed nations, Environment Ministry sources told ANI.

As per the recent Intergovernmental Panel on Climate Change (IPCC) report, it has been stated that all countries need to achieve net-zero by 2050 to keep the global temperature rise under 1.5 degrees Celsius.

Net zero refers to the balance between the amount of greenhouse gas produced and the amount removed from the atmosphere. As per experts, we reach net zero when the amount we add is no more than the amount taken away.

The United States, Britain and the European Union have set a target date of 2050 to reach net zero, by which point they will only emit an amount of greenhouse gases that can be absorbed by forests, crops, soils and still-embryonic “carbon capture technology.

While working towards net zero, countries are expected to announce new and strengthened intermediate targets for cutting emissions.

However, India on Wednesday (October 27) rejected calls to announce a net zero carbon emissions target and said it was more important for the world to lay out a pathway to reduce such emissions and avert a dangerous rise in global temperatures.

As per the Environment Secretary R.P.Gupta, net zero was not the solution to the climate crisis.

It is how much carbon you are going to put in the atmosphere before reaching net zero that is more important, Mr Gupta said.

Experts’ Take On India’s Agenda At The COP26

Never before, and perhaps never after, nations of the world will come together in such a significant manner as at the COP 26; to transit from generic fossils fuels, or hydrocarbons, (coal petroleum products) to renewable energy (Wind Solar Hydro Hydrogen) to save the planet Earth from imminent disaster of warming beyond 1.5 degrees above pre industrial levels; making it unliveable due to freak and extreme weather conditions which we are witnessing with increasing frequency, says Rajeev Suri, an Activist in Urban, Environment & Transition advocacy.

During the Paris Accord in 2015, nations had voluntarily agreed to emission cuts known as Nationally Determined Contributions, India had committed to reduce its emissions by 25-30 per cent from 2005 baseline year. The tagline in COP 26 is Net Zero, for nations to achieve carbon neutrality by the proposed year 2050 or earlier. To achieve this transition, Coal as a form of energy for electricity, heavy industry, and petrol/petroleum for mobility have to be phased out, and replaced by power generated through renewables Solar Wind Natural Gas (as transition fuel) and later Green Hydrogen. Large users of Coal as India have given 2030 as the peaking year, following which consumption will decline, Mr Suri explains.

Mr Suri also says that COP 26 is the last hope to save the planet,

COP 26 seeks to apply the ‘Ratchet’ mechanism, whereby countries voluntarily rachet up their NDC’s, to hasten the energy transition. The Conference will have nations groups such as the Least Developed Countries (LDC’s) 46 nations, Like Minded Developing Countries (LMDC’s) 24 nations including India, that will be pressing for climate justice, equity and contribution based on historical responsibility. The wealthy nations must fulfill their long-promised funding of  $100 Billion a year, now considered too little, to lesser development nations with a creditable delivery programmed in the form technology and adaption. COP26 is the last hope to save the planet from imminent destruction; we cannot fritter away this chance.

Avantika Goswami, Deputy programme manager, Climate Change, Centre for Science and Environment (CSE), tells NDTV that India’s strength is that it has performed well on 2 out of 3 stated NDC goals.

It also has a minimal contribution to historical carbon dioxide emissions, which is important to note since cumulative emissions are the main driver of global warming. So the burden of decarbonisation is not India’s to bear, it belongs to the developed world. What is not clear is whether or not this is enough for both climate change and the best interests of all sections of our own population. What India must focus on is developing clear sectoral emissions reductions plans domestically that will serve our best own interests in terms of clean air, energy access and resilient livelihoods. We definitely need to reduce our coal dependence, but that must happen on our own terms and with our developmental goals in mind.

Forest Regeneration and Environment Sustainability Trust (FORREST) India’s Founder and Director, Neha Singh says that all of us are responsible for the Global climate change and all of us together can only create solution of this situation. When it comes to India’s focus on climate finance from developed to developing country, she says,

We must remind them that promises need to be fulfilled as helping other countries will help them in turn. It’s a circle and we all are standing together joining hands. But we should proclaim that we are working on our quantifiable nationally determined contributions (NDCs) rigorously and we are determined to fulfill them no matter what. Focus of the meeting should be committing to create feasible local climate strategies in every country through country’s policies, Projects and plans. This should percolate from above to below strata and movement should be generated at the grassroots at the same time where communities should be involved.

At least 195 countries are expected to participate in the meeting in Glasgow that is expected to take place from October 31 to November 12. Prime Minister Narendra Modi is participating in a World Leaders Summit to be held as part of the COP.

Related Topics:
COP26
Up Next