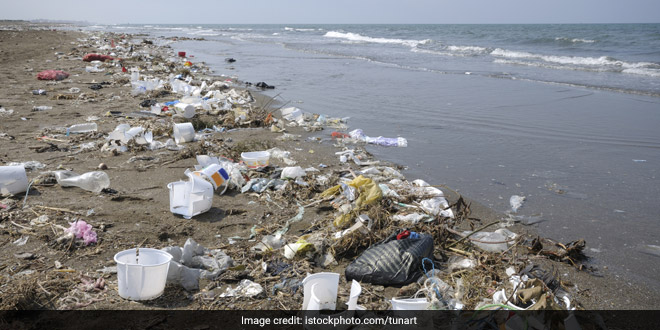 Mumbai: Ever since the ban on single use plastic items was imposed in Maharashtra three months ago, citizens in Mumbai have been trying to distance themselves from plastic items that take thousands of years to decompose. This can be seen in the amount (over 18,000 kilos) of the banned plastic items collected by Brihanmumbai Municipal Corporation (BMC) since June when the ban became effective. Contributing to this ban, a city-based NGO has announced a massive drive in the run up to the fourth anniversary of Swachh Bharat Abhiyan. Titled as ‘Plastic Recyclothon’, the drive will be launched on October 2 in the city to collect plastic waste and recycle them into benches, waste bins and art installation.

The Mumbai Plastic Recyclothon is not just about voluntary giving, but a unique manner of contributing to the city’s well-being. The effort not only captures the spirit of the people of Mumbai, but it also becomes another opportunity for them to reclaim their city. Our aim is to collect 250 tonnes of plastic within one week.

The volunteers from the NGO are presently creating awareness among people about the drive through social media and word of mouth. Till September 30, people who wish to avail a free pick-up of their donated plastic will have to register on the NGO’s website giving their addresses for the logistic teams to reach out to them. Post the deadline, the NGO will have specific collection points in the city provided by the BMC, where citizens can drop off their plastic waste.

Also Read: After Cleaning Up 300 Tonnes Of Garbage From Mumbai’s Dadar Beach, This Warrior To Transform Worli Fort Into A Clean Tourist Spot

The NGO has also collaborated with volunteers of various beach cleanup drives to ensure that all the plastic items collected on October 2 on Mumbai’s beaches will be donated in the Recyclothon. The clean-up drives who have been tapped so far are the ‘Beach Please’ drive at the Dadar Beach, Mahim beach cleanup team to the cleanup drive led by Beach Warrior Chinu Kwatra at the Dadar beach.

Once the drive ends on October 8, all the collected plastic will be reused or recycled. Eminent sculptor Arzan Khambatta, who has joined hands with the NGO to support the cause, will be creating a special art installation out of the donated plastic.

I have been involved with recycling metal for the past 30 years. If this awareness can become a mass movement, we shall have smaller dumping and garbage yards, and could prevent our planet from getting choked further, says Mr Khambatta. The artwork is slated to be permanently displayed at a prominent public location in the city.

Some portion of the plastic will be given Dalmia Polypro Industries who will recycle it into 100 street benches which will be placed in open public spaces exclusively for senior citizens.

We have always believed in the need to recycle and reuse plastic. We are delighted to collaborate with ProjectMumbai.org and The Mumbai Plastic Recyclothon and wholeheartedly support the cause towards helping the city benefit from the recycling initiative and awareness, said Aditya Dalmia, MD of Dalmia Polypro Industries, one of the pro bono partners of this cause. The remaining plastic will be used to make public waste bins.

A Ganesh Pandal In Thane Highlights ‘Save Oceans, Stop Reckless Plastic Use’