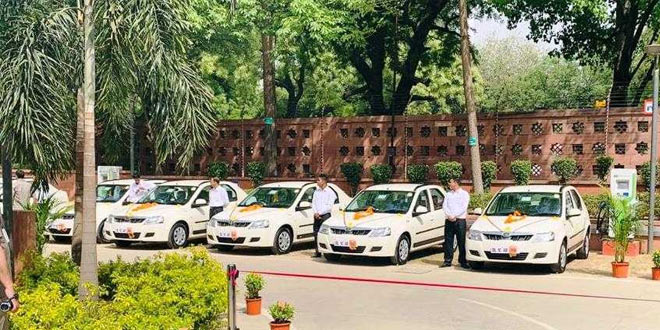 New Delhi: India is currently undergoing the general elections and as the lower house of the Parliament awaits the new cabinet, it has taken a green step by introducing electric vehicles (EVs) in its fleet of transportation, to keep vehicular pollution under check in its premises. The Parliament of India has deployed 10 electric cars which will be used within the campus and has also installed seven EV chargers for these cars. The move is in line with Government of India’s push towards electric mobility to combat the rising air pollution in the country by cutting the pollutants emitted from fuel burning vehicles and its target of having at least 30 per cent of vehicles on road as electric by 2030.

The Parliament House has procured e-cars from Energy Efficiency Services Limited (EESL), a public sector undertaking (PSU) which has been tasked by the government to implement the EV programme in the country and to facilitate the building of an ecosystem for EVs in India by promoting bulk procurements. The inauguration of charging stations along with flagging off of the 10 e-cars was done by Snehlata Shrivastava, Secretary-General of Lok Sabha earlier this month.

Talking to NDTV about the green initiative of the Parliament, Ahtaysham Khan, spokesperson of EESL said,

The government is trying all possible measures to encourage faster adoption of electric vehicles. For the same, we have recently deployed 10 Mahindra eVerito cars in the Parliament House. Apart from the cars, we have also installed four slow chargers called AC (Alternate Current) chargers and three DC (Direct Current) chargers in the campus which have been procured from Exicom Power Solutions, a private company.

Mr. Khan further informed that the e-cars will be used within the campus for taking the officials and ministers from the gate to the House and other places in the premises.

Talking about the charging capacity of the chargers installed, Mr. Khan said,

The slow charger has the capacity of charging an e-car from zero to 100 per cent in 6-8 hours and three cars can be charged simultaneously from one charger as it has three charging points. The fast charger, on the other hand, can fully charge an e-car in only 90 minutes. 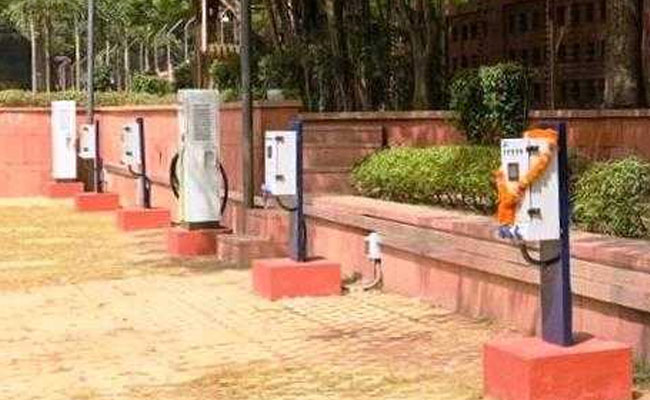 Mr. Khan signs off saying that in a bid to promote electric vehicles, the government has recommended that every government office should have at least 20 per cent of their fleet of transport as electric. To achieve that, not only the Parliament but other government premises like the Ministry of Finance, Ministry of Power, Madhya Pradesh Urja Vikas Nigam Limited (MPUVNL) among others have started deploying electric vehicles.

The government had earlier this year in February given a nod to the second phase of Faster Adoption and Manufacturing of Electric Vehicles (or FAME II) scheme, which aims to boost electric mobility by incentivising electric vehicles, with a total allocation of ₹ 10,000 crore. Under FAME II, the government has proposed to increase e-mobility by increasing the number of electric vehicles used for shared mobility and to set up 2,700 charging stations across India.