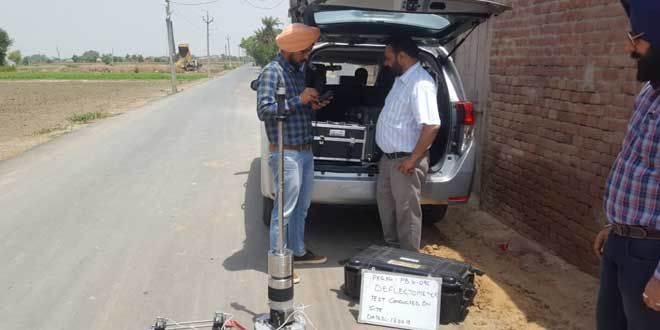 New Delhi: Multi-layered plastics (MLPs), the shiny plastic material which is used to package chips, mouth fresheners, tobacco products and ready-to-eat food products, are becoming a critical threat to the ecosystem. Why? Because, these plastic items are neither non-recyclable nor has any alternative use as such. In Punjab alone, around 4,000 tonnes of MLPs are generated annually, and lie scattered around due to poor waste management. Since it has no alternative use – even rag pickers don’t collect it. Understanding the concern, Punjab is now working on a mechanism to effectively collect MLPs and then use it for road construction and to generate oil for industrial use.

According to a study done on rag pickers by the Punjab Pollution Control Board (PPCB), it has been observed that there are around 28 different types of multi-layered plastic items which the rag pickers don’t pick due to low returns, and so it is found littered on the streets, municipal solid dumps, and sometimes ends up clogging the drains.

To ensure the collection of such plastic items, PPCB used the Extended Producer Responsibility (EPR) – a policy approach under which producers are given a significant financial responsibility for the treatment or disposal of multi-layered plastics.

We discussed the matter with the stakeholders and they are convinced that as part of the EPR, they will contribute some funds. And, we are using these funds to pay the plastic waste management societies which employ the ragpickers to collect the multi-layered plastic items. The money will be paid through these registered societies, which have been constituted in coordination with multinational food processing companies. The society will now pay ragpickers to collect the multi-layered plastic items, buy it from them and use it for road construction or producing pyrolysis oil, Mr Pannu further added.

To effectively utilise the collected multi-layered plastics, the Punjab Pollution Control Board in the week of June collaborated with the state’s Public Works Department and Punjab Mandi Board for the construction of roads in the rural areas of Punjab. 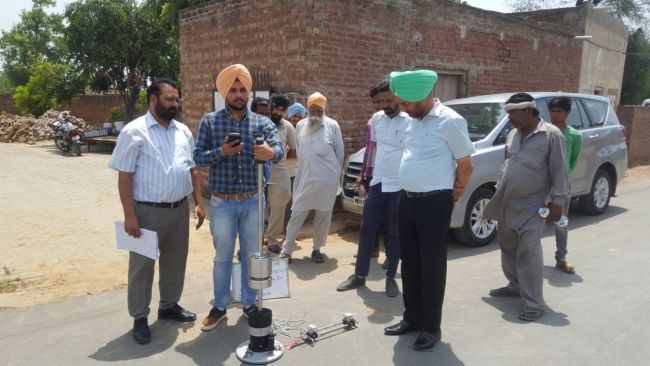 The road stretch being tested by the Civil Engineering Department of Thapar University, Patiala

For research purpose, a small experimental stretch was constructed on a road passing through Ikolaha village in Ludhiana with the use of multi-layered plastics in June. The road stretch, which was constructed as part of the Pradhan Mantri Gram Sadak Yojana, was also tested by the Civil Engineering Department of Thapar University, Patiala which reported it to be up to the mark.

We visited the site and took out material from the road to conduct lab testing. The test enabled us to check the behaviour of the road material under a variety of conditions like moisture, density, gradation and load… and we found the road to be fine. But we will continue to evaluate the road to find out its strength and durability.

Vijay Inder Singla, Minister of Public Works Department, Punjab, added that the results of the study will be forwarded to the Highway Research Board – Indian Road Congress for formal approval and directions for the use of multi-layered plastics in the construction and repair of roads and the construction of pavements.

The use of MLPs for road and pavement construction will not only channelise the plastic waste but also help to get rid of environmental degradation due to unscientific disposal of this waste, the minister added.

According to officials of Punjab’s Public Works Department, further pilot stretches of roads (around 500 km) would be made with similar premix to work out the aggregate impact of multi-layered plastics in terms of strength and durability of roads.

While the use of single-layer plastic in road construction was already in practice in other states across the country, the use of the multi-layered plastics was yet another achievement towards effective management of plastic waste, Mr Pannu said, adding that “this baby step can be a giant leap in days to come”.

Apart from roads, the Pollution Control Board also plans to use the plastic waste from this segment to extract oil for industrial use to replace light diesel oil. The Punjab Pollution Control Board is hopeful that in the days to come, they will be able to perfect the system so MLPs can be properly managed in the state as part of their fight to beat plastic pollution. According to officials, the PPCB is now working to make Fatehgarh Sahib as the first multilayered plastic-free district in the state. The PPCB chairman has also directed the municipal councils of the district to actively participate in the drive by getting the multilayered plastic waste collected from the drains.

Blog: I Discovered A Reverse Vending Machine To Deposit A Plastic Bottle For Recycling In Delhi, Here’s How It Works