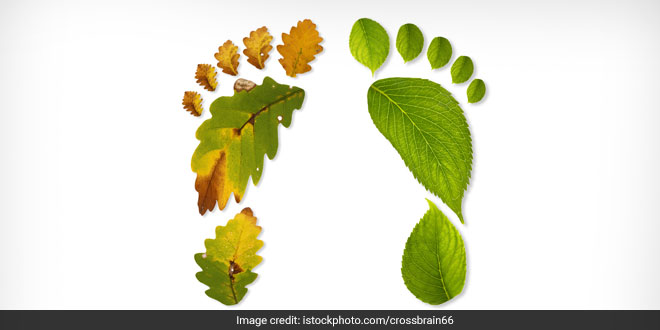 New Delhi: Earlier in June this year when (particulate matter) PM 10 level in Delhi, which is one of the indicators of air quality, was seven to eight times above the safe level prescribed by National Ambient Air Quality Standards, 24-year-old Anoushka Mudgil, a PR professional started experiencing some breathing problem. Anoushka who has never witnessed any respiratory issue, got worried a bit and out of concern started researching about the health impact of poor air quality. That is how she realised that 14 Indian cities feature in the list of 20 most polluted cities in the world, on the basis of levels of PM 2.5, which are considered dangerous as they easily enter the respiratory system, according to a report by World Health Organisation (WHO) released in 2018. Research by the US-based Health Effects Institute (HEI) shows that air pollution caused more than 4.2 million early deaths worldwide in 2015, making it the fifth highest cause of death, with around 2.2 million deaths in China and India alone. According to WHO, 92 per cent of the world’s population lives in areas with unhealthy air.

Given that air that is freely available as a natural resource is now turning deadly is a cause for concern for everyone. And needs everyone to do their bit to clean up the air we breathe. That is how Anoushka decided to tackle the problem, by asking a simple question, “What can I do to reduce my contribution to air pollution?”

Anoushka says, “Someone has said ‘If we heal the earth, we heal ourselves’ and I am trying to do that only. Currently, our earth is breathing polluted air and it is time we protect it.”

Here are the five things that at an individual level everyone can do to reduce their carbon footprint, which in turn can help clean up the air we breathe.

1. Switch To Electric Vehicles For A Cleaner Future

A 2016 study on Delhi’s Air Pollution sources done by the Indian Institute of Technology (IIT), Kanpur, pointed out how diesel emissions from vehicles contributed significantly to capital’s poor air quality. According to the report, 20 per cent of the PM 2.5 comes from vehicular emissions. Though both CNG and diesel are polluting fuels, but CNG being a hydrocarbon fuel is less polluting and hence environmentally more acceptable. Emissions from diesel vehicles are carcinogenic in nature and one diesel vehicle causes pollution equivalent to 24 petrol vehicles or otherwise 40 CNG vehicles. For the same reason, 10 year old diesel vehicles are banned in Delhi-NCR. Also, to clean the air, Bharat Stage-VI fuel, equivalent to Euro-6 standards, will be introduced in Delhi by 2018 and NCR by 2019.

Also Read: Plan For All Electric Cars By 2030 Looks Like A Rushed With Idea, Says Mercedes-Benz India Chief Roland Folger

Going forward one of the solutions being considered is switching to Electric vehicles or EVs which run on electricity charged battery pack and ensure zero tail pipe emission. Currently, EVs are expensive as compared to regular cars and two-wheelers, and there is a dearth of infrastructure in terms of charging stations to make it a viable alternative yet. But to give a push to EVs government plans to have only electric vehicles ply on the roads by 2030. Different cities and states have already initiated some steps towards this 2030 deadline. Like this year on February 19, first electric car charging facility of Delhi was inaugurated at United Nation Office in Lodhi Estate. While in March, 25 Hybrid buses were introduced in Mumbai, on May 31, India’s second-most populous state Maharashtra launched its Electric Vehicle Policy and marked the commencement of e-mobility era in the state. Recently, Hyderabad Metro Rail Limited too initiated electric car service from metro stations to metro stations to combat air pollution.

2. Public Transport And Vehicle Maintenance For A Green Life

A report commissioned by the India Smart Grid Forum, an initiative of the Ministry of Power, in 2015 said that in Delhi, the number of vehicles increased to an astounding one crore (two and four wheelers) in 2015, from 30 lakh in 2007. Given the toxic quality of air, this kind of growth in number of vehicles in unsustainable and it becomes crucial to switch to public transport. From CNG buses, metro, e-rickshaw, shared cabs, to shuttle and feeder buses, there are no dearth of options to choose from. In this direction, to bolster Capital’s public transport the Delhi government has received a green signal to procure 1,000 low floor electric buses.

Apart from Public transport, existing vehicles need attention too. To keep a check on emissions from existing vehicles, it is important to get pollution check done every six months, which is also mandatory by law. Apart from this, vehicles need to be serviced every three months to make sure battery and engine are working fine and are not leading to any toxic emissions. Another factor to keep in mind is the air pressure in tyres. Properly inflated tyres also help to keep a check on exhaust emissions.

Trees and plants are natural air purifiers that help you breathe easy. While you can plant native trees outside your house to reduce outdoor air pollution, low maintenance indoor plants like aloe vera, spider plant, snake plant and others can be a ready source of oxygen and clean-up indoor air. Also, if you don’t have much space, you can go for vertical gardening – a process of growing plants on walls and pillars. Vertical gardens are also being adopted in public spaces to take on air pollution. The Kochi Metro was the first among the Metrorail corporations to build vertical gardens in January 2017 followed by Bengaluru’s Namma Metro, Nagpur’s Mahametro and Delhi Metro. Recently, Ludhiana railway station became the first railway station to have vertical gardens. Apart from this, metro and flyover pillars in Delhi and Patna are being given green makeover. Delhi Metro has also decided to distribute 8,000 saplings for free push people to plant trees.

There are also different organisations like Green Yatra, Swechha, SankalpTaru Foundation and others who are facilitating plantation drive across India by allowing people to contribute or gift a tree online.

Some state governments are also promoting plantation drives with an aim to increase the green cover. While Odisha will be planting 2 crore saplings in over 1000 villages in next five years, Andhra Pradesh Chief Minister N Chandrababu Naidu announced plantation of 26 crore saplings in the next four months. Uttar Pradesh Chief Minister Yogi Adityanath has plans to plant 9 crore saplings by August 15. The Punjab government has launched a novel initiative – ‘Ghar Ghar Hariyali’ (Green Cover Everywhere) campaign, under which the government will provide free plant saplings through a mobile application ‘i-Hariyali’.

According to The Lancet Countdown 2017, 1.2 lakh of 5.2 lakh pollution related premature deaths in 2015, took place due to household pollution. Things like paints, detergents, hair sprays, perfumes, air fresheners, furniture polish and other products bring in a variety of pollutants with them like Benzene, Xylene and Toluene. These pollutants can be avoided by opting for eco-friendly alternatives. Like, use dhoop instead of room freshners. Opt for no Volatile Organic Compounds (VOCs) or low VOCs paints and stains, furniture wax and other things. Indoor plants can be effective to take on pollutants released by paints, detergents, hair sprays and other commonly used items.

Apart from these pollutants switching to a cleaner cooking medium like solar cooker or induction cookware can also help cutdown on air pollution. Induction cooktops are referred to as energy efficient as these cook faster and consume less energy.

5. Cut Down On Energy Consumption

65 per cent of India’s electricity is generated by plants that burn coal, crude oil and other fossil fuels, and these power plants are a major contributor to air pollution. Conserving electricity can reduce the demand for power generated by burning fossil fuel.

Save electricity by either adopting energy efficient appliances or by switching off air conditioner, lights, and other appliances when not in use or both.
Apart from the basic measures like turning off lights during day time, another option to reduce carbon footprint is to switch to alternative sources of power like solar energy.

42-year-old Dr. Arvind from Chennai has been using solar energy from past four years and considers it as a viable option says,

We have a 3.5 kilo watt solar power plant and net metering system installed on rooftop. During the day time, we use electricity produced by solar plant. Say, 10-12 units of electricity are produced during the day and you use 3-4 units, then remaining electricity goes back to the power grid and you don’t have to pay for that. With this, you can reduce your electricity board power requirement by 50 per cent or more.

It is said that a little of something goes a long way. These small changes by me might not bring in a drastic change, but if everyone adopts these changes and decides to not contribute to the ever rising levels of pollution, than I am sure, we will win a battle against air pollution. Also, with these measures, I know that at least I am not contributing majorly to rising pollution levels.